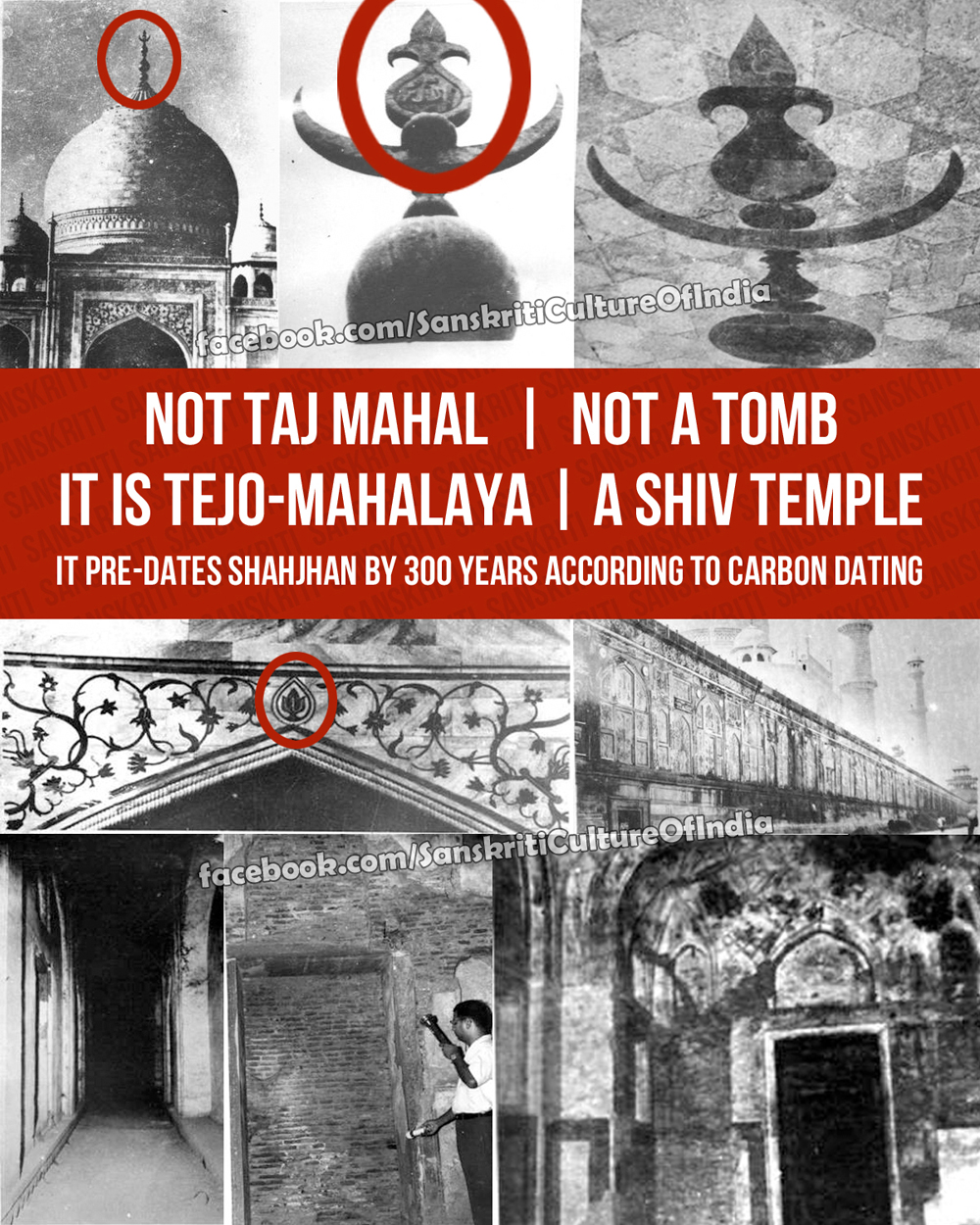 The Taj Mahal, located near the Indian city of Agra, is one of the world’s greatest architectural treasures. The almost supernatural beauty of the Taj Mahal and its grounds transcends culture and history, and speaks with a voice of its own to visitors from all over the world of feelings that are common to all humanity.

There are two stories of how the Taj came to be.

The Taj’s Love Story – History which was written by the “ruler”:

It has been called the most beautiful temple in the world, despite the fact that it was built at the cost of much human life. The Taj Mahal is a real monument of one man’s love for a woman. The story is a sad one, told many times. But it never hurts to tell it again.

In 1631, when his wife died in childbirth, the emperor Shah Jahan brought to Agra the most skilled craftsmen from all Asia and even Europe, to build the white marble mausoleum that is the Taj Mahal. He intended to build a black marble mausoleum for himself, and the link between the two was to be a silver bridge. This fantastic plan suffered a dramatic and permanent setback when the Shah himself died. 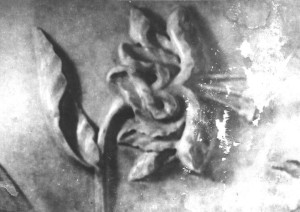 The Taj’s Other Story – The forgotten truth buried by the conquerors!:

If you have ever visited the Taj Mahal then your guide probably told you that it was designed by Ustad Isa of Iran, and built by the Moghul Emperor, Shah Jahan, in memory of his wife Mumtaz Mahal. Indian children are taught that it was built in 22 years (1631 to 1653) by 20,000 artisans brought to India from all over the world.

This story has been challenged by Professor P.N. Oak, author of Taj Mahal: The True Story, who believes that the whole world has been duped. He claims that the Taj Mahal is not Queen Mumtaz Mahal’s tomb, but an ancient Hindu temple palace of Lord Shiva (then known as Tejo Mahalaya), worshipped by the Rajputs of Agra city. No one has ever challenged it except Prof. P. N. Oak, who believes the whole world has been duped.

In the course of his research, Oak discovered that the Shiva temple palace had been usurped by Shah Jahan from then Maharaja of Jaipur, Jai Singh. Shah Jahan then remodelled the palace into his wife’s memorial. In his own court chronicle, Badshahnama, Shah Jahan admits that an exceptionally beautiful grand mansion in Agra was taken from Jai Singh for Mumtaz’s burial. The ex-Maharaja of Jaipur is said to retain in his secret collection two orders from Shah Jahan for the surrender of the Taj building.

The use of captured temples and mansions as a burial place for dead courtiers and royalty was a common practice among Muslim rulers. For example, Hamayun, Akbar, Etmud-ud-Daula and Safdarjung are all buried in such mansions.

Oak’s inquiries begin with the name Taj Mahal. He says this term does not occur in any Moghul court papers or chronicles, even after Shah Jahan’s time. The term ‘Mahal’ has never been used for a building in any of the Muslim countries, from Afghanistan to Algeria.

‘The usual explanation that the term Taj Mahal derives from Mumtaz Mahal is illogical in at least two respects. Firstly, her name was never Mumtaz Mahal but Mumtaz-ul-Zamani,’ he writes. ‘Secondly, one cannot omit the first three letters from a woman’s name to derive the remainder as the name for the building.’ 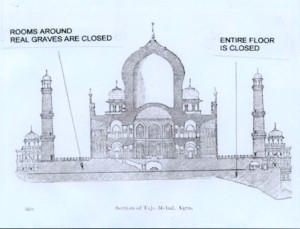 Taj Mahal is, he claims, a corrupt version of Tejo-mahalaya, or the Shiva’s Palace. Oak also says that the love story of Mumtaz and Shah Jahan is a fairy tale created by court sycophants, blundering historians and sloppy archaeologists. Not a single royal chronicle of Shah Jahan’s time corroborates the love story.

• Professor Marvin Miller of New York took samples from the riverside doorway of the Taj. Carbon dating tests revealed that the door was 300 years older than Shah Jahan.
• European traveller Johan Albert Mandelslo, who visited Agra in 1638 (only seven years after Mumtaz’s death), describes the life of the city in his memoirs, but makes no reference to the Taj Mahal being built.
• The writings of Peter Mundy, an English visitor to Agra within a year of Mumtaz’s death, also suggest that the Taj was a noteworthy building long well before Shah Jahan’s time. 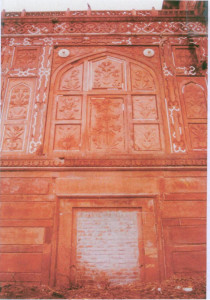 Oak also points out a number of design and architectural inconsistencies that support the belief that the Taj Mahal is a typical Hindu temple rather than a mausoleum.

Many rooms in the Taj Mahal have remained sealed since Shah Jahan’s time, and are still inaccessible to the public. Oak asserts they contain a headless statue of Shiva and other objects commonly used for worship rituals in Hindu temples.

Fearing political backlash, Indira Gandhi’s government tried to have Oak’s book withdrawn from the bookstores and threatened the Indian publisher of the first edition with dire consequences.

The only way to really validate or discredit Oak’s research is to open the sealed rooms of the Taj Mahal, and allow international experts to investigate. 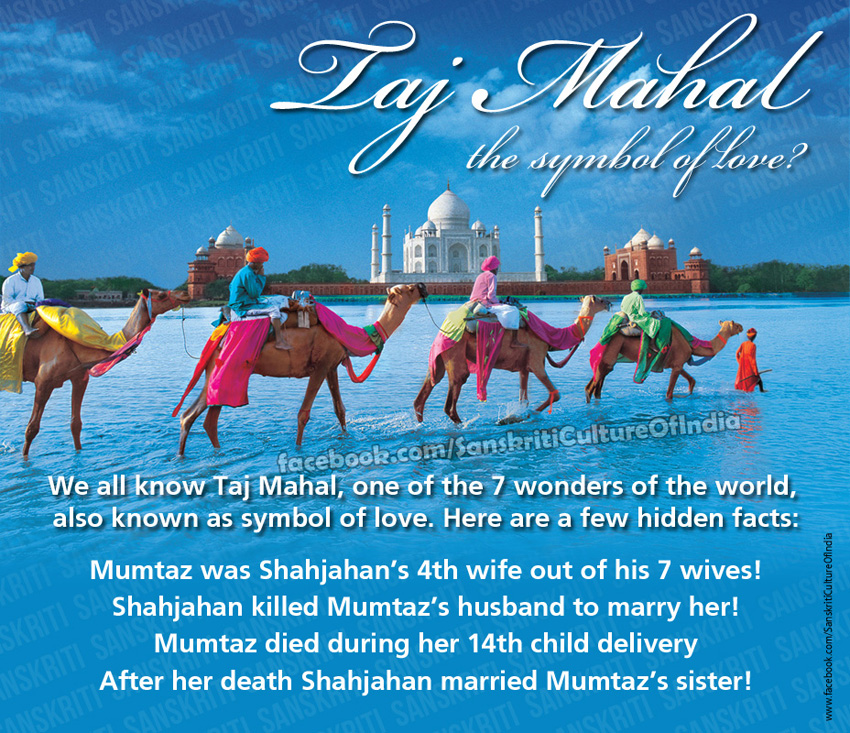