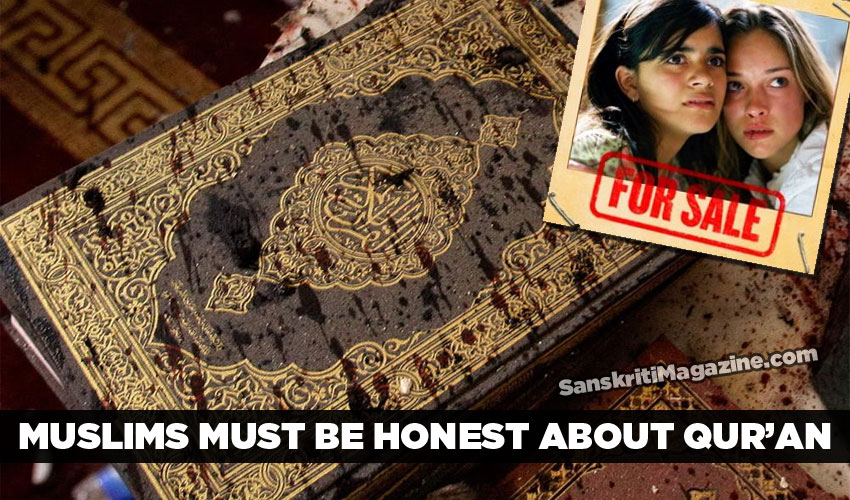 By Tarek Fatah (As published in Toronto Sun)

In the aftermath of Islamic jihadis — the Boko Haram — enslaving Christian school girls in Nigeria, the Muslim intelligentsia, instead of doing some serious introspection, has chosen to exercise damage control.

Columns by my co-religionists have appeared in newspapers ranging from the Toronto Star to The Independent in London and on CNN.com, where they avoid any reference to Sharia laws that permit Muslims to take non-Muslim female prisoners of war as sex slaves.

The fact is Muslim armies throughout history have been permitted under Islamic law to make sex slaves of non-Muslim prisoners.

“O Prophet! We have made lawful to thee thy wives to whom thou hast paid their dowers; and those whom thy right hand possesses out of the prisoners of war whom Allah has assigned to thee.”

When asked for a clarification, A Saudi cleric issued a fatwa permitting sex slavery.

He said: “Praise be to Allaah. Islam allows a man to have intercourse with his slave woman, whether he has a wife or wives or he is not married … Our Prophet (peace and blessings of Allah be upon him) also did that, as did the Sahaabah (his companions), the righteous and the scholars.”

In the eighth century, when Arab armies invaded India, they took thousands of Hindu POWs as slaves back to the Caliph Walid in Damascus, who distributed the women as gifts to the newly emerging Arab nobility.

The ninth-century Persian historian al-Baladhuri writes in his book The Origins of the Islamic State that when the Arab general Muhammad bin Qasim invaded India in the year 711AD, the non-Muslim prisoners taken were given a choice of death or slavery.

Sixty thousand captives were made slaves in the city of Rur, among whom were “thirty ladies of royal blood.” One-fifth of the slaves and booty were set apart for the caliph’s treasury and dispatched to Damascus, while the rest were scattered among the “army of Islam.”

The nineteenth century Indian Islamic scholar Abdullah Yusuf Ali, whose translation of the Qur’an is considered the most authentic, had the courage to be honest when he put a footnote to the Quranic verse mentioned above: “The point does not now arise as the whole conditions and incidents of war have been altered and slavery has been abolished by international agreement.”

But courage to face facts is rare among many Muslims today. I asked the writers of the Toronto Star and The Independent columns why they had not addressed the passages of the Qur’an that permit Muslims to take slaves. They did not answer.

I wrote to a woman who told Christiane Amanpour of CNN that “Boko Haram do not understand Islam.” I asked her why she had not addressed Sharia law that permits taking non-Muslim females as POWs. She too, did not respond.

We Muslims are caught in a conundrum. If the Arab general bin Qasim is our hero for enslaving non-Muslim women in India in the eighth century, how could Boko Haram be judged wrong for doing exactly the same in Nigeria today?

All we Muslims need do today is to echo Abdullah Yusuf Ali by saying, “what was permitted in the seventh century, is no longer applicable in the twenty-first.” But alas, neither honesty nor courage comes easy.