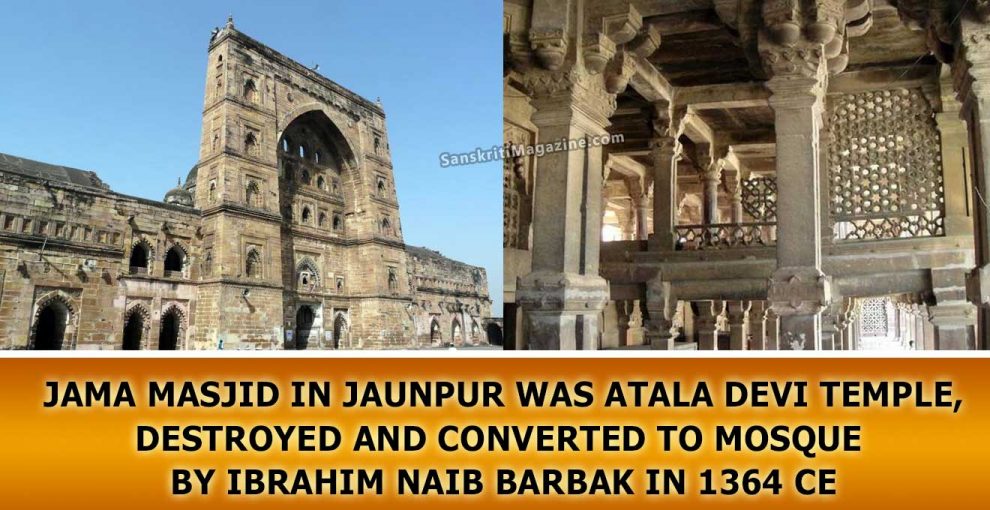 Temple was demolished in 1364 CE, Ibrahim started construction in 1377 CE and completed the mosque in 1408 CE.

The Gazetteer of Jaunpur district dated 1908 CE, written by H.R. Nevill, the district collector of Jaunpur, confirms the destruction and construction dates. 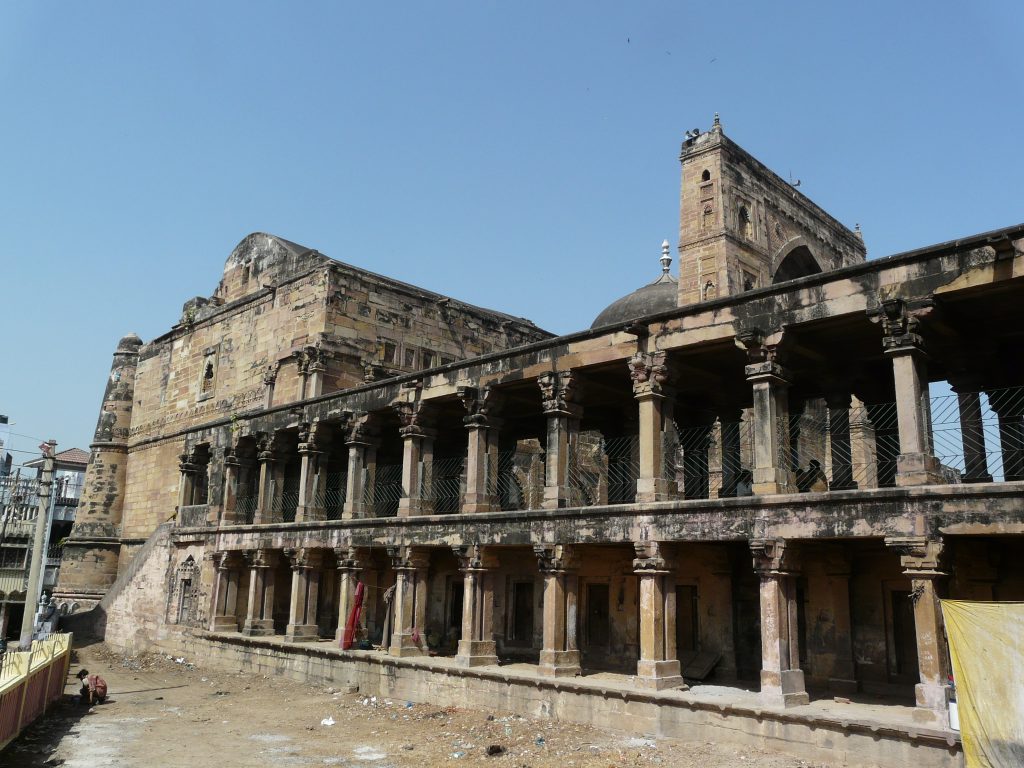 According to the gazetteer, there stood an equally large temple of Mukatghat, built by Raja Vijaya Chandra of Kannauj, the father of Jaichand (father-in-law of Prithviraj Chauhan).

Atala Devi is a Hindu goddess of inexorable fate. Her worship almost ended after destruction of that temple.

She was believed to change fate, which is even unavoidable.

Eventhough, the outer structure is changed, the inner walls, pillars of this masjid have retained the original hindu temple structures.

The impressive central dome almost 17 meters high above the ground can not be noticed from the front because of the presence of a tall tower (at 23 meters).

The nearby Jhanjhari Mosque is also known by the name of Chachikpur. 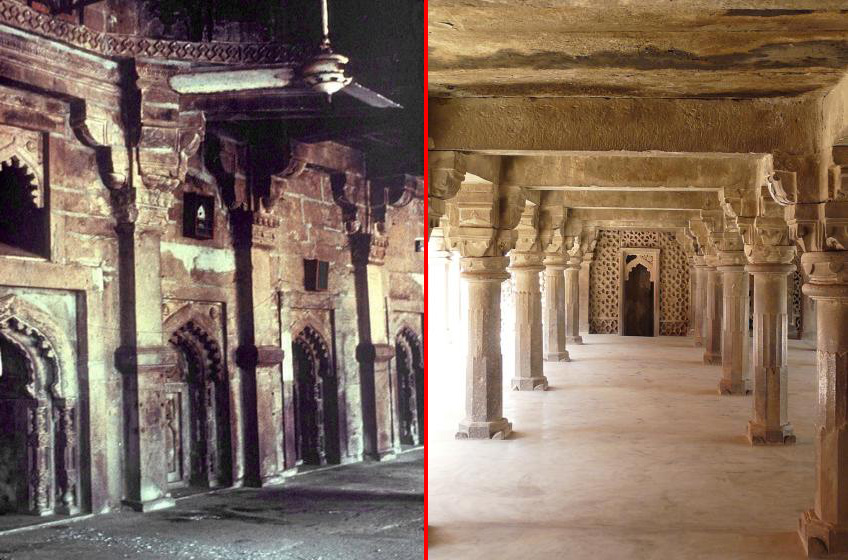 Sultan Ibrahim built it for the convenience of the celebrated saint, Sayyid Sadr Jahan Ajmali, who had once been his prime minister and who, after retiring from that post, used to live in the Muhalla of Shaikhuwarah, which is quite close to it.

This was once destroyed by Sikandar Lodi, and later suffered major damage due to floods of Gomti river.

Women Empowerment, From Ancient Bharat to Modern India
Evidence of FOUR-TUSKED elephants (Gomphotheres) as Guards of Ravan’s Lanka in Ramayana, existed around 12-1.6 million years ago
Comment