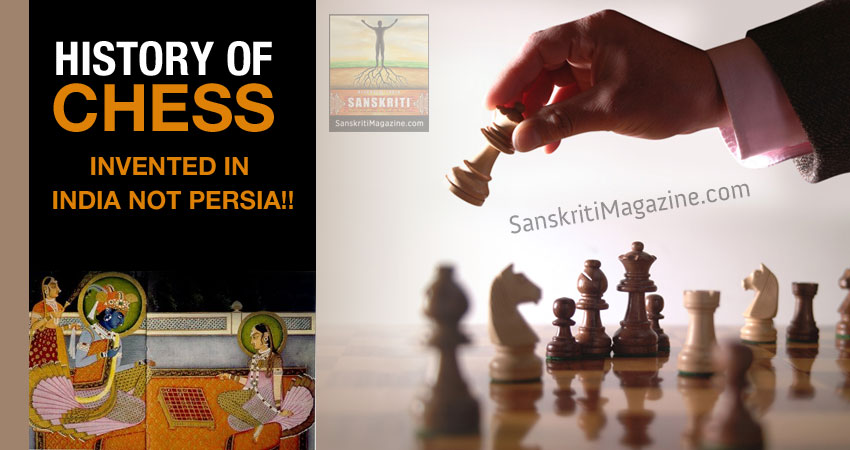 Have you ever played chess? Did you know that chess is the oldest skill game in the world? But chess is more than just a game of skill. It can tell you much about the way people lived in medieval times. If you look at the way a chess board is set up, then study the pieces and how they are used, you will realize that chess is a history of medieval times in miniature.

The history of chess specifically that of Western Chess, spans some 1500 years. The earliest predecessors of the game originated in India in the 6th century AD and spread to Persia from there.

Chess originated in India during the Gupta empire, where its early form in the 6th century was known as “Chaturanga” referring to the four arms or divisions which formed the typical Indian army in Vedic times: elephants, cavalry, chariots, and infantry, represented by the pieces that would evolve into the modern pawn, knight, bishop, and rook, respectively.

This is how it was spread – 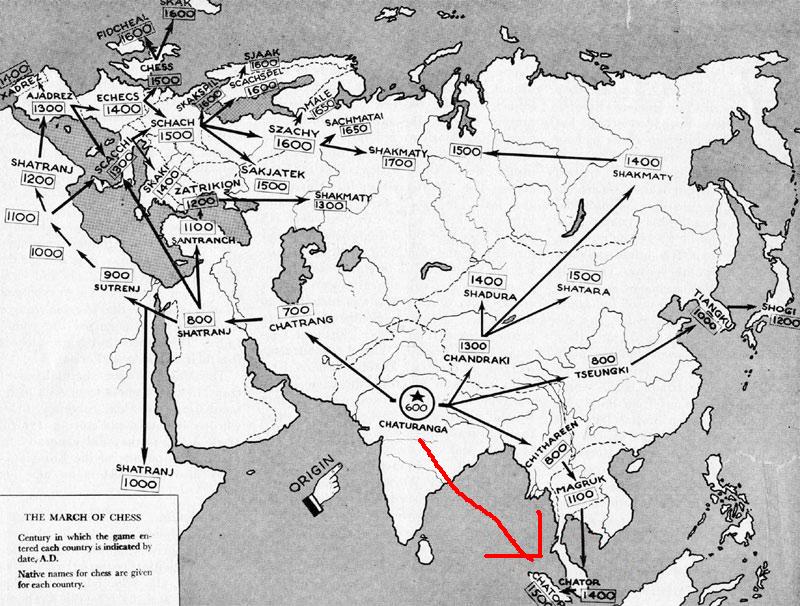 Both the Persians and Arabs attribute the game of chess to the Indians. In Sassanid Persia around 600 the name became shatranj and the rules were developed further. Shatranj was taken up by the Muslim world after the Islamic conquest of Persia, with the pieces largely retaining their Persian names. In Spanish “shatranj” was rendered as ajedrez, in Portuguese as xadrez, and in Greek as zatrikion, but in the rest of Europe it was replaced by versions of the Persian shah (“king”), which was familiar as an exclamation and became our words “check and chess”. Murray theorized that this change happened from Muslim traders coming to European seaports with ornamental chess kings as curios before they brought the game of chess.

In ancient India, there was great concern about the prevalence of gambling games using dice. A great number of people were playing for high stakes and becoming addicted to these games of pure luck.

One day the Indian King Balhait summoned Sissa, a Brahmin known for his high analytical repute and requested him to create a game which would require pure mental skill and would hence oppose the teaching of games in which luck decides the outcome by the throw of dice. Moreover, the king requested that this new game should also have the ability to enhance the mental qualities of prudence, foresight, valour, judgment, endurance, and analytical and reasoning ability.

Sissa invented a wonderful game called Chaturanga. It was played on an ancient board named “vastu purusha mandala”, which was the mythical board of 8 x 8 squares used by antic architects to design the plan of the cities. The board representing the universe was redefined by Indian players as a board game under the secular name of “ashtapada”.

The game reached Western Europe and Russia by at least three routes, the earliest being in the 9th century. By the year 1000 it had spread throughout Europe. Introduced into the Iberian Peninsula by the Moors in the 10th century, it was described in a famous 13th-century manuscript covering shatranj, backgammon, and dice named the Libro de los juegos.

The next time you set up your chessboard and get ready to play a friendly game or two, think of chess as a history lesson. The pieces on the board represent a way of life that is no more, and the real life dramas that occurred in medieval times are now only a game.