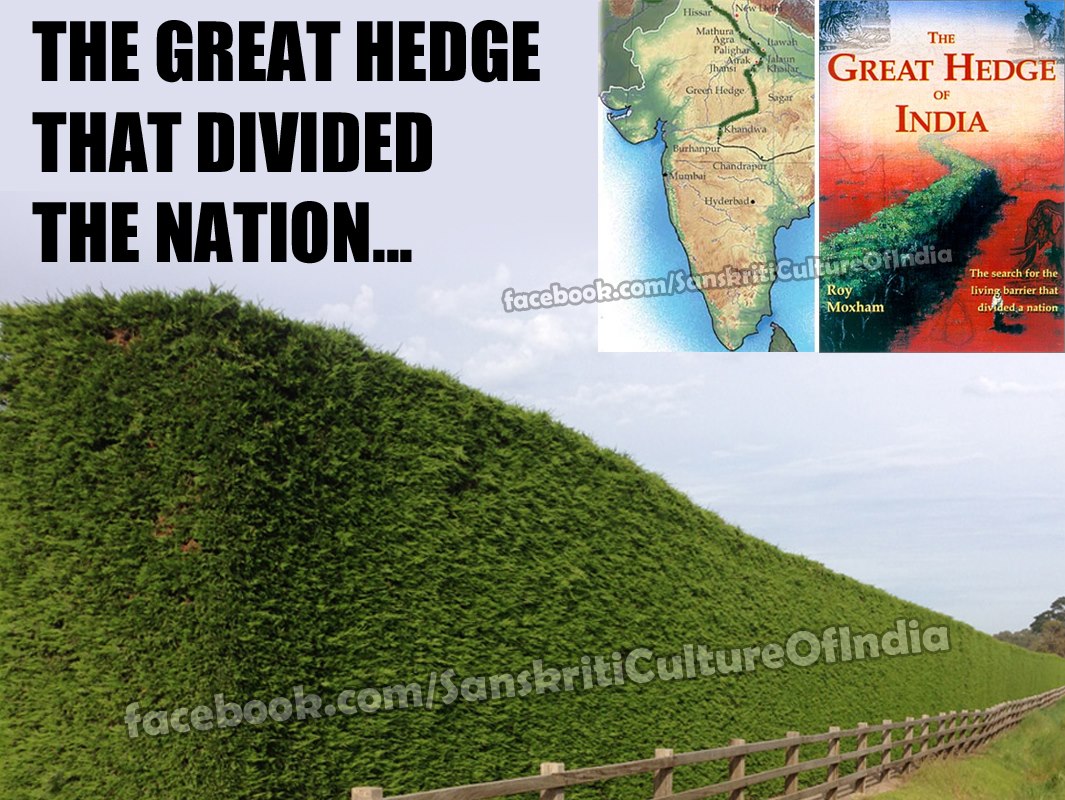 India was once divided by a wall that ran from Punjab to Orissa. It was a customs barrier built by the British across India primarily to collect the salt tax.

The wall had its beginnings in a series of customs houses that were established in Bengal in 1803 to prevent the smuggling of salt to avoid the tax because salt was one of the most smuggled item back then due to high prices.

The wall was more than 4000 km long .It was initially made of dead, thorny material such as the Indian Plum and not built out of mortar or bricks.

But later it evolved into a living hedge known as The Great Hedge or Inland Customs Line. The hedge was 12 feet high in some parts.

The line ran from the Punjab till Orissa. The Inland Customs Department employed customs officers, Jemadars and men to patrol the line.

The line consisted of a customs post every one mile linked by raised pathways to allow people cross it every 4 miles.

The line and hedge were considered to be an infringement on the freedom of Indians and in opposition to free trade policies and were eventually abandoned in 1879 when the tax was applied at point of manufacture.The salt tax itself would remain in place until 1946.