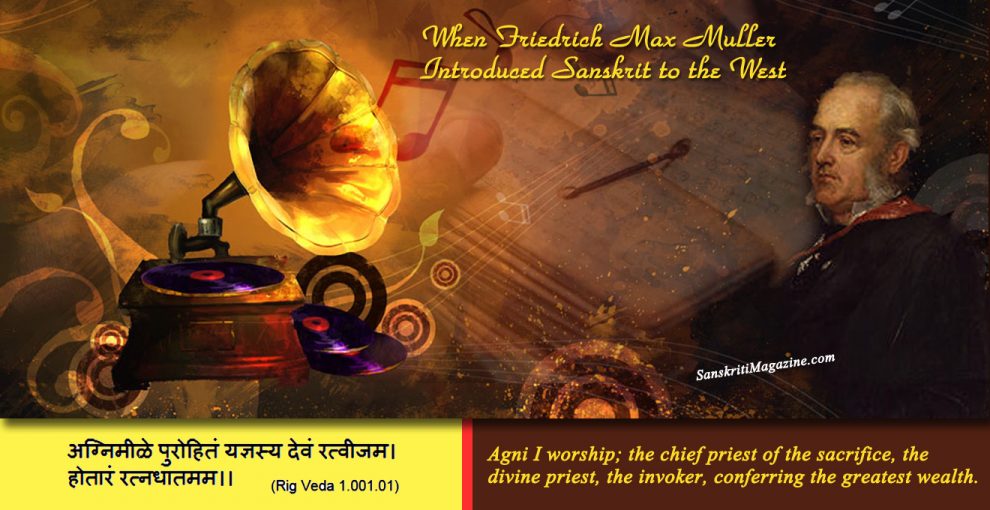 Just before going to London to deliver his last Lecture, Max Muller had asked his friends in Oxford to meet Mr. Graham-Bell, the inventor of the Bell Telephone, which preceded Edison’s more perfect instrument. It was the first ever heard in England.

A large company gathered together, and intense interest and surprise were felt by everyone, even the scientific men present little dreaming of the immense practical importance of the invention, or the possibility of the almost limitless extension now attained to. Mr. Bell also brought down a microphone, only just invented, and a phonograph.

The wire of the telephone was stretched from one end of the garden to the other, and even a whisper was distinctly heard. The wire of the microphone was brought from a room on the second storey, and the sound made by a fly crawling along a board in the room upstairs sounded in the garden like the tramp of an elephant.

The phonograph was not good, and even one person at a time found it difficult to make out what it repeated. The following week, in London, Max Muller w’as asked to speak a Sanskrit verse into a better instrument. The scene has been well described by Mr. Moncure Conway:

‘When the phonograph was invented, one of its first appearances was at the house of J. Fletcher Moulton, Q.C. (now M.P.). A fashion- able company, among them some eminent men of science and men of letters, gathered round the novelty, and Max Muller was the first called on to utter something in the phonograph. We presently heard issuing from it these sounds :

There was a burst of merriment when these queer sounds came from the machine, but a deep silence when Max Muller explained that we had heard words from the oldest hymn in the world, the first (if I remember rightly) in the Vedas:

“Agni I worship; the chief priest of the sacrifice, the divine priest, the invoker, conferring the greatest wealth.”

And then the young people gathered around the smiling scholar, to learn that the hymns had all passed through thousands of years, in a phonographic way, each generation uttering precisely what was poured into its ear by the preceding generation, until their language died, to be recovered in the West, where for the first time the real meaning of Agni, and the human significance of the hymns, were studied and known.

However, I did not hear exactly what the Professor said to the eager inquirers, but stood apart observing the picturesqueness of the scene, and finding in it something symbolical of the whole career of the polite scholar.

He had evoked from the oral Sanskrit phonograph the ancient Aryan literature and mythology; the thin metallic voices became real, and cast their poetic spell not merely on the learned, but on fashionable young ladies and gentlemen in drawing-rooms, throughout Europe and America, adding vast estates to their minds, delivering them from the mere pin-hole views of humanity and of the universe, to which our ancestors were limited.

~ Excerpted from the book: The Life and Letters of the Right Honourable Friedrich Max Muller