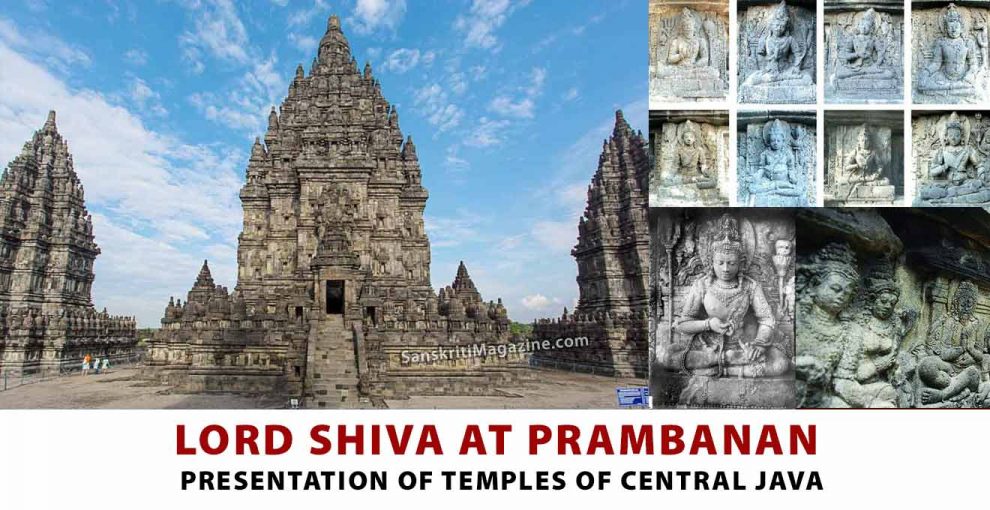 The Shiva temple is the only structure at Prambanan that has entrance ways opening to all four cardinal directions. The doorway that faces east leads into the shrine’s central cella, which contains a murti of Lord Shiva. The remaining three doors lead into three ancillary chambers which contain statues of the Agastya (south), Ganesha (west) and Durga (north). With regards to the central shrine, however, there is a possibility that these three murtis were not the original occupants of the auxiliary chambers.

Immediately to the east are three auxiliary shrines, each with a single staircase and doorway facing to the west. The shrine to the immediate east of the Shiva temple, which contains a statue of the sacred bull Nandi, is 25 m. in height and measures 15 m. x 15 m. at the base. The remaining two shrines, which face the Brahma and Vishnu temples, are 22 m. in height and measure 13 m. x 13 m. at the base. The statuary that visitors see today in the interiors of these two structures are not the original occupants. 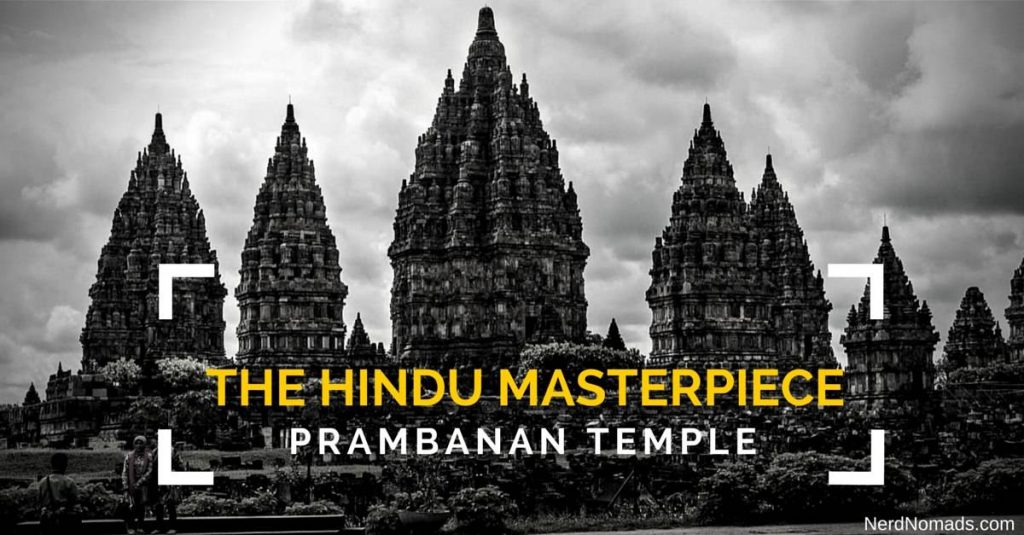 It is sometimes suggested that these buildings were intended to house the celestial vahanas (carriers) of the Deities Brahma, Shiva, and Vishnu. However, this is by no means certain. It has also been suggested that these buildings may have initially housed sculptures representing Lord Shiva, including his shivalinga. The tripartite structure of the shivalinga represent the trimurti of Brahma (square base), Vishnu (octagonal mid-section) and Shiva (round tip).

Near the central yard’s north and south gates are two apit temples, the original purpose of which is not known. Each of these structures has a height of 16 m. and measures 6 m. x 6 m. at the base. A total of eight smaller kelir (screen) structures are located just inside the courtyard walls. These were probably used to mark out the four cardinal points as well as the four intermediate directions of NW, NE, SW, and SE. 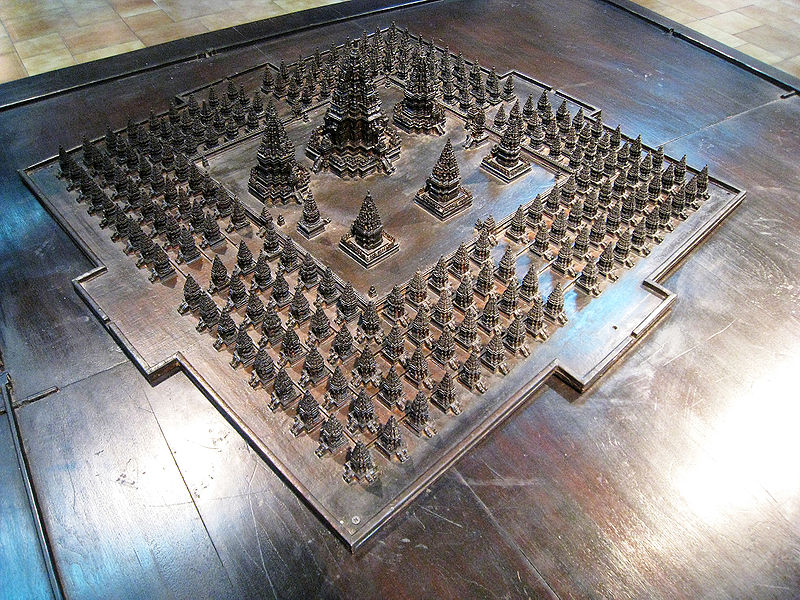 In addition, the kelir temple that marks the center of the entire complex has actually been incorporated into the structure of the main Shiva shrine. All nine temples are 4.1 m. in height and measure 1.55 m. x 1.55 m. at the base.

The Shiva Temple’s Lokapalas – Guardians of the Directions of Space

On the outside-facing walls of the Shiva temple’s central cella there are a total of 24 relief panels. Eight of these figures collectively represent a group of Deities called the Lokapalas — the guardians of the eight directions of space.

edic cosmology associates six of the eight Lokapalas with six of the planets of ancient astronomy: Kubera (Venus), Varuna (Mercury), Yama (Mars), Agni (Saturn), Issana (Moon) and Indra (Jupiter). In addition, the Lokapalas Nirriti and Vayu were assigned stations in the sky that corresponded with certain star signs of Vedic astronomy, called the nakshatras. 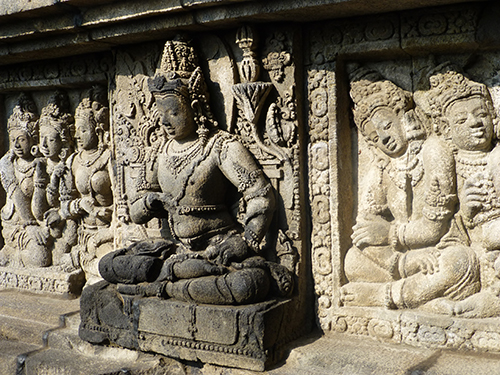 During the middle of the 9th century CE, the respective planetary bodies corresponding with six of the eight Lokapalas happened to rise in the same order in which they appear on the walls of the Shiva temple. This celestial event took place beginning on the evening of December 17th in 840 CE, a date that also coincided with the Summer Solstice.

Jupiter (Indra), the Moon (Issana), Venus (Kubera), Mercury (Varuna), Mars (Yama), and Saturn (Agni) rose in succession in the early morning hours, followed by the rising Sun itself. In addition, the sun rose on December 18th in the asterism Crivana, which is assigned to Vishnu, the chief of all the solar deities.