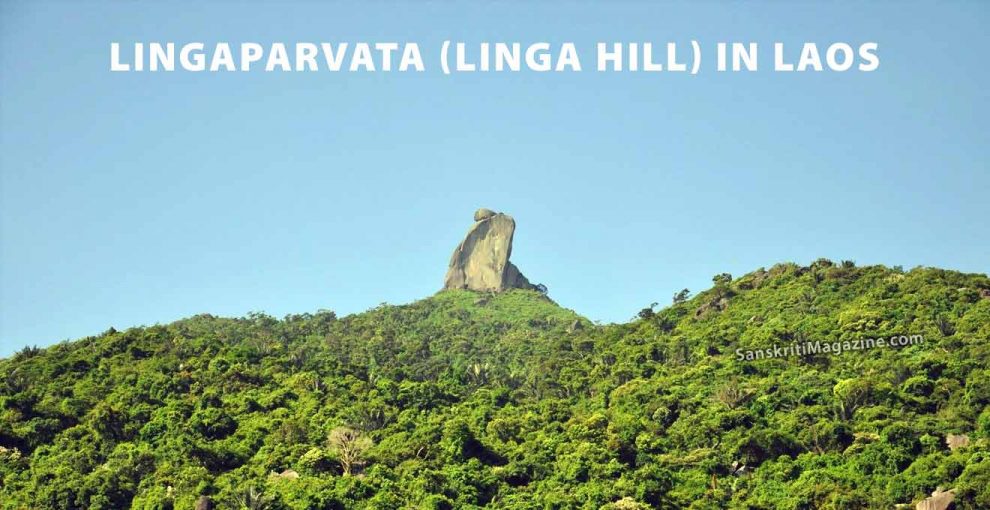 Long before King Divanika erected his stele in 456CE proclaiming Kuruksetra to be a holy place (tirtha) tribal people had gathered in the shadows of Lingaparvata looking in awe upon its lofty pinnacle reaching into the sky. But before Lingaparvata ever became known as Linga Mountain in praise of Lord Shiva this natural outcropping reaching 4645 feet into the sky was held in the minds of all indigenous people of the area as a great earth spirit where fire rituals and human sacrifices were a common practice.

Likewise in ancient India the greatest stories of mountains and gods were repeated orally for countless millennia until finally they were put in verse and the Book of Manu, Upanishads, Puranas, Rig Veda, Mahabharata, Ramayana and many more were all recorded for posterity. Today when we read these stories they seem like impossible accounts of how the gods of long ago traveled freely between earth’s mountain tops and the heavens. And in a wholly desacralized cosmos where societies and nations have become predominantly secularized in their approach to existence, these ancient stories of gods and mountains are looked upon as fanciful myths without having any relationship to events taking place in the 21st century. 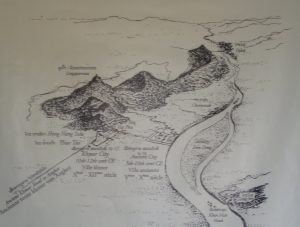 he gods of olden times have passed down to our civilizations of today their myths and legends by which to base our moral judgments and heroic deeds upon. If council and an audience with the gods were to be had it most likely would have taken place on a mountain top. These mountain abodes of the gods are well known and today they still hold special significance for cultures all around the world. In India and Tibet there are two mountains that are so revered for their acting as the home to Lord Shiva that sacred ceremonies are still conducted in their presence. One of the most sacred mountains in the world is Mt Kailash in Tibet and in southern India it is the sacred hill of Arunachela. Arunachela is regarded as a manifestation of Shiva himself and Mt Kailash is Shiva’s actual abode.

In Laos, Lingaparvata became a focal point for austerities to Shiva in the fifth century under the vocable of Bhadresvara, the god of the Chams at My Hon-Son on the Champa (Vietnam) coast. The city of Kuruksetra and then later called Sreshthapura was the holiest ancient city for kings to make pilgrimage (tirtha yatra). In fact a 250 mile royal road runs from Angkor Wat directly to Vat Phu indicating there was a direct link to Vat Phu from the new Ankorean center.

From a distance Lingaparvata appears as a linga or even a small temple set on the summit where rituals to the gods would be performed. There is a Chinese document from the Sui dynasty (589-616CE) that mentions a temple on the summit of a mountain named Ling-kia-po-p’o, which is guarded by a thousand soldiers and consecrated to a spirit named Po-to-li. It was Georges Coedes, the famous French epigraphists, who transliterated Ling-po-p’o into Lingaparvata.

This was Shiva’s pillar of fire that endlessly went into the heavens and endlessly passed down through the earth. Here was the penultimate axis of the world and once the Brahmins from India saw this outcropping they could do none other than name this mountain Lingaparvata. This one linga would be impossible to move, and would provide the devotee with a substantive feeling of awe simply by recognizing the latent power of this mountain made it possible to communicate with the gods. It was on this mountain that the priests had developed the Cakravartin cosmology that in 400 years would establish the consecration of the Khmer Empire where Shiva, Vishnu, and Brahma would be the gods that would establish divine kingship for another 500 years. 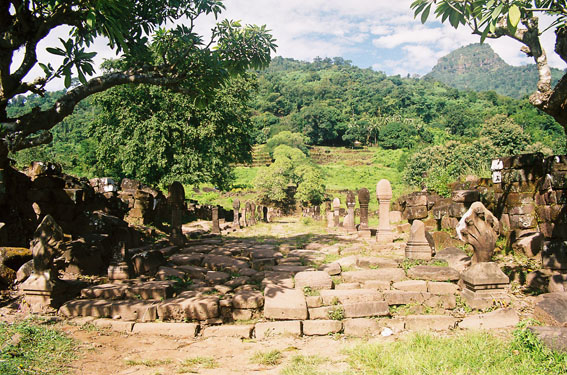 If Mt Kailash in Tibet is considered the home of Shiva and Arunachela is considered an actual manifestation of Shiva then I would offer that Lingaparvata could be thought of as the temple of Shiva whereby divine communication with all the gods would take place. My justification for making such a statement and associating Lingaparvata with a temple gateway to meet the gods is by recognizing that the Khmer Empire got its spiritual guidance from the environs of Kuruksetra. The combination of Vat Phu, Lingaparvata, the sacred spring and King Jayavarman IIs inscription at Vat Oubmong indicate an auspicious focal point that merits calling Lingaparvata a temple gate way to the gods. It was in 802CE that King Jayavarman II consecrated the Khmer Empire and he became the “Cakravatin” and established the union between god and king and the beginning of the “Devaraja” cult worship.

Such auspicious and sanctified acts I believe originated at Lingaparvata (Shiva’s holy temple to speak to the gods). Coincidentally on the same night of Shivaratri when Shiva married Parvati is also the same night Shiva swallowed the poison brought forth from the churning of the milky ocean and thus saved the world. Shiva stabilized the earth on this night as a result of his communicating with the gods who asked him to save the world. Consequently we can also think of the holy mountain of Lingaparvata as the symbolic representation of Shiva saving the world from oblivion. The world axis (Skamba) held the universe in place and Lingaparvata acted like Mt Mandara; the mythical mountain used to churn the heavens and save the earth so it would not fall into the nether world. — with Srilan Srisukumaran.