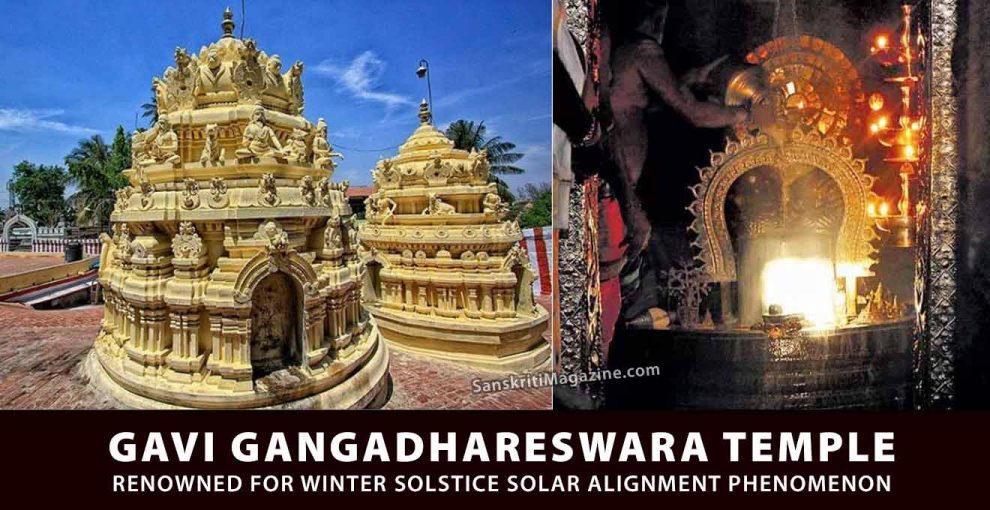 Gavi Gangadhareshwara Temple is a famous ancient cave temple located in Hulimavu, Bannerghatta Road in Bangalore, Karnataka, India. The temple is renowned due to a significant and almost magical phenomenon that occurs in the temple every year on a particular day in the month of January. Apart from the wonderful phenomenon, the temple also stands as a glaring example of the marvelous Indian rock-cut architecture.

The temple is also known as Gavipuram Cave Temple. It is dedicated to the Hindu deity, Lord Shiva. The temple is unique from all other temples of Karnataka due to the presence of two huge discs in the foreground of the shrine.

The inner sanctum of the temple has a tall Shivalinga. Another major attraction of the temple is the presence of a rare idol of Agni, the God of fire. The figure has two heads, seven hands and three legs. It is perhaps the only temple in South India that has such an idol. The temple has a wonderful sculpture of Nandi (a bull), Shiva’s mount. A beautiful image of Shakti Ganapathi with 12 hands adorns the left side of the main entrance to the temple. 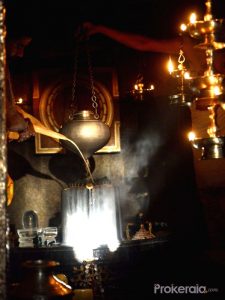 The shrine is a protected structure under the Karnataka Ancient and Historical Monuments, and Archaeological Sites and Remains Act 1961.

Every year it attracts thousands of devotees during the astronomical phenomenon and the festival of Shivaratri.

According to local legend, Kempegowda was imprisoned by Rama Raya. He suffered imprisonment for five years. When he was released, he constructed this temple to show his gratitude.

Artistic depiction of the temple is found in the painting of the British artist James Hunter in 1792.

The Gavipuram Cave Temple is an architectural wonder in itself. The temple was cut out from a natural monolith rock. The inner sanctum of the temple is situated inside a cave carved out in the rock. The main attraction of the temple is the granite pillars situated in the forecourt of the temple. Two of the pillars support huge discs that represent the sun and the moon. The other two pillars have a trident (trishul) and a two-headed drum (damru), representing the two significant possessions of Lord Shiva.

But the main architectural significance associated with the temple is the creation of the cave temple and the placement of the stone discs in such a manner that they allow the sun to illuminate the Shivalinga for just one hour every year.

Every year on the 14th of January a rare and significant phenomenon takes place inside the inner sanctum of the temple. The rays of the setting sun on the western horizon shoot a beam of light

that passes from under an arch on the western wall of the temple before moving towards the inner sanctum. It first lights the back of the statue of Nandi and passes over its horns and reaches the feet of the Shivalingam. Finally the beam of light illuminates the body of the Shivalingam. 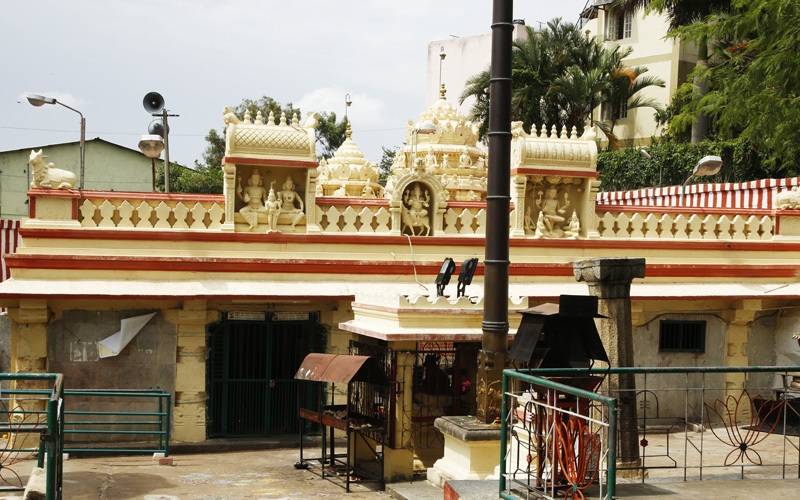 This is a wonderful sight as the event is marked by continuous ringing of the bells and chanting of mantras by the priests and devotees. The lingam is bathed in milk by one of the priests during the entire period of the phenomenon. It seems as if the Sun is showing reverence of the Lord on the auspicious day.

A large crowd of thousands of people gather from far and near and wait for hours to witness this magical event every year on the particular day that is also celebrated as Makar Sankranti. It is on this particular day that the dark interiors of the cave and the lingam are illuminated by the rays of the bright sun for some moments every year. 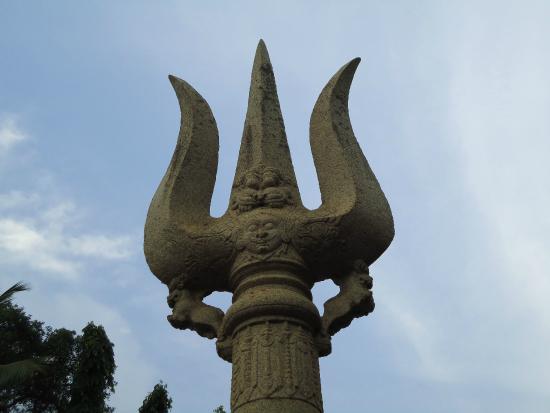 There are lots of beliefs and myths associated with the temple. It is believed that anyone who worships the idol of Agni (the God of fire) situated inside the temple will be cured of all eye defects.

Devotees also believe that there are two tunnels that extend from the inner sanctum of the temple. One of them proceeds towards the city of Varanasi in the northern part of India. The other extends up to another temple of Shiva with the same name, the Gangadhareshwara temple, located on the hill of Shivagange, about 10 miles from this temple.