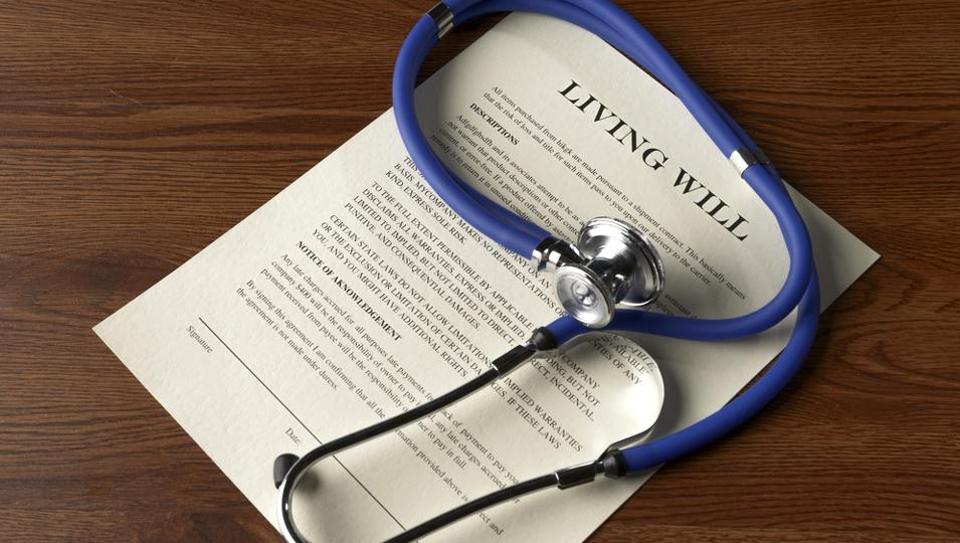 A living will frees family of guilt of having to decide whether or not to pull the plug if there is no chance of recovery.

I’m a very private person. I find it difficult to share my grief with strangers. But I have to write this because death — our own and those of our loved ones — touches each one of us. We must be prepared to accept death on our terms.

I lost my mother to skin cancer in the summer of 2013. She was just 71. In the last two months of her life, she was in constant pain. But even in the haze of morphine-induced stupor, she had moments of lucidness.

“Am I dying?” “This cancer will kill me, won’t it?” she would ask the battery of doctors she visited for her radiation and chemotherapy.

“No, no,” said her surgeons, oncologists and radiation specialists, reminding her what a technical success her surgery had been and how they were considering promising new experimental treatments. She would quickly lose interest and turn away to ask me to take her home. When you’re dying, you don’t want to be lied to.

Mum cheerfully underwent surgery and several cycles of immunotherapy, chemotherapy and radiation in the hope that she had a chance to fight the cancer. But once she knew it had metastasized and spread to other parts of her petite body, she became impatient with people telling her everything was all right.

She wasn’t stupid. It annoyed her when doctors insisted all was well with her world. She died in her bed, with her family around her.

Death is inevitable but when I die, I don’t want to be dependent on my family, doctors or machines. I want to be home, just like my mum, with my family around me and birds chirping in the jamun (acai berry) tree I have planted outside my window.

I want dignity in death, a choice that is often denied to many of those who die hooked to machines in hospitals, cut off from the people and things that matter most. 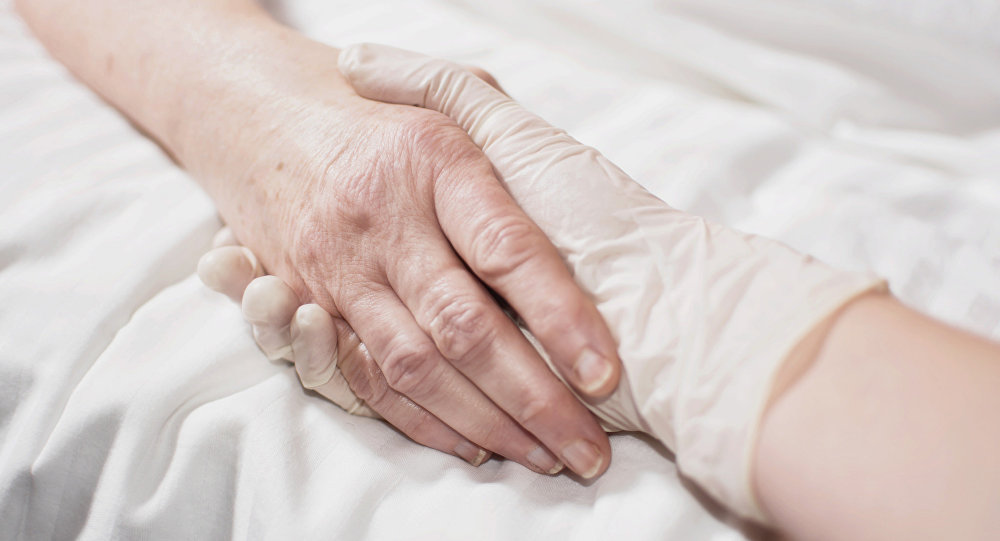 I’ve been in and out of hospitals for more than two decades, both as a health reporter and a human being concerned about sick friends and family. I’ve been to public hospitals and health centres, to private hospitals and clinics. I’ve watched doctors battling to save lives without food and sleep for hours during outbreaks and after a terror attack, I’ve watched them being insensitive and negligent. I’ve heard them patiently explain planned treatment, I’ve heard them being intolerably rude.

I’ve never heard them tell patients how to deal with death, not even at palliative centres for the terminally ill.

Studies have shown that even when doctors tell patients their cancer is incurable, they are unlikely to discuss the end of care.

A review of doctors’ survival predictions in terminally-ill cancer patients published in the British Medical Journal showed that physicians consistently overestimate survival. “Clinicians caring for patients with terminal cancer need to be aware of their tendency to overestimate survival, as it may affect patients’ prospects for achieving a good death,” said the Harvard study. By refusing to accept defeat, doctors offer treatments t they know won’t work and force terminally-ill patients to spend their last days undergoing endless diagnostic tests among a bunch of strangers.

The reason for their resistance to facing death is their medical training that teaches them that losing a life is a defeat. “The purpose of medical schooling was to teach how to save lives, not how to tend to their [patients] demise,” writes general surgeon and Harvard Medical School Professor, Dr Atul Gawande, in his bestselling book, Being Mortal: Medicines and What Matters in the End. So they keep treating compulsively even when they know it won’t help the patient at all. Late last year, a friend’s father was diagnosed with end-stage metastatic lung cancer. He lived in their ancestral village in Uttar Pradesh. He had begun having trouble breathing, he could barely walk. The reports from a public hospital in his home state clearly showed the cancer had spread and couldn’t be treated. Still, the doctors recommended he bring his father for chemotherapy and radiation to Delhi.

I told him to discuss the possible treatment outcomes with oncologists and if treatment wouldn’t improve his health, to consider taking his father home. I wasn’t a doctor, it wasn’t my job, but none of many doctors he went to had discussed the possible failure of treatment with him or his family.

“I have to get him here, there’s family pressure. If I don’t, my family and people in the village will say his son left him to die,” said my friend. Social pressure and the well-placed sense of duty did not save his father, who died within a month at a private hospital in Delhi, plugged into a ventilator, far away from home. 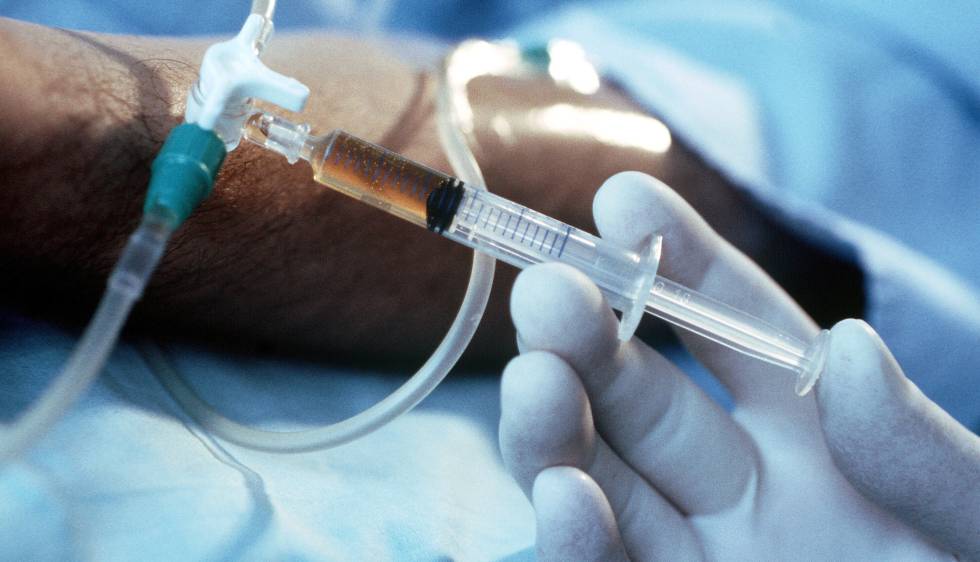 This is the end

I don’t want to die in a hospital among strangers for whom I’m just another nameless patient who may live or die. I want to have the option to say no to treatment that won’t make me better.

Earlier this month, the Supreme Court recognised the patients’ right to refuse unwanted treatment and make a “living will” to say no to treatment or stop continuing treatment when there is no chance of survival and volitional consent cannot be given. Giving its nod to passive euthanasia that allows the removal of life-support systems for people who are terminally ill or have slipped into incurable comas, the court recognised the right to death with dignity.

Death is inevitable and we are truly happy only once we accept our mortality and stop worrying about it. I can’t choose how I will die, but a living will gives me a semblance of control over my death.

I want a living will because I don’t want to be another death statistic at a hospital. I want a fighting chance against disease and when I lose, which we all will some time or the other, I don’t want to end my life hooked to machines in an impersonal ICU that is statistically likely to have more drug-resistant bacteria than the toilets at home.

A living will will free my family of guilt if they have to decide on my behalf, on whether or not to pull the plug if there is no chance of recovery. I want my family to know that in stopping futile efforts to prolong my life, they are not hastening my death, but letting me die peacefully.

The philosophy of health care needs to change, with the focus moving from ensuring survival to enabling well-being, writes Dr Gawande in his book about what really matters in the end.

He is right. I wake up to birdsong every morning. I would like to die listening to it.

Stress is contagious: You can communicate it to others, without even knowing it
Comment