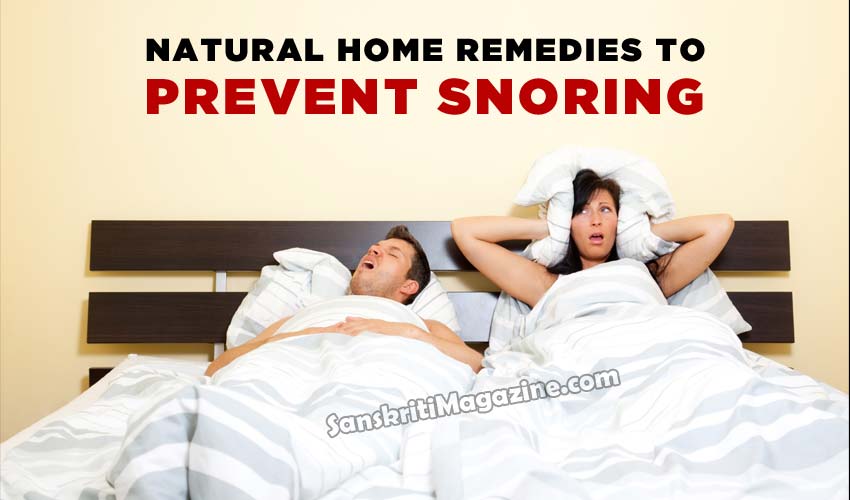 A sleep centric disorder, mainly caused by obstruction in the free passage of air during breathing; snoring manifests itself in the form of unpleasant sound occurring due to the vibration of respiratory organs such as ‘uvula’ and ‘soft palate’. The unequal flow of air on account of some forms of blockage which gives way to snoring may be the result of various physiological factors. Ranging from weakness in throat leading to its closure, causes of snoring may include mis-positioning of jaw, obstructed nasal passage, sleeping lop sided, use of alcohols and narcotics leading to the relaxation of throat muscles. Tonsil enlargement may also give way to snoring.

Snoring which is characterized by loud and unfriendly noise not only causes disturbance to others, but also becomes a major source of sleep distraction and irritability for the snorer as well. Usually surgical correction of the concerned obstruction leads to the rectification of snoring. But a few natural remedial options may also prove to be effective.

Apart from the natural home centric measures which involve a few changes in life style; there are other medically prescribed mechanical devices like ‘nasal strips’ , ‘oral and dental appliances to control snoring. Snoring in spite of the remedial measures and complicating into “sleep apnea” calls for immediate medical advice.