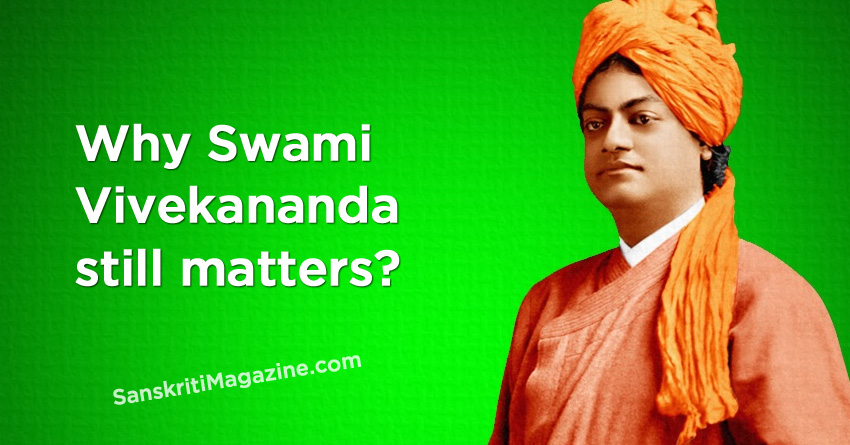 He taught us how to realise the universal consciousness beyond the limitations of time and space within our own minds and hearts.

Modern India rests upon the inspiration that Swami Vivekananda awakened over a hundred years ago. His life and teachings became the spirit that infused the country’s independence movement and proclamation of self-rule, not only at a political level but at intellectual and spiritual levels as well.

The modern yoga movement began globally with Vivekananda, who brought India’s ancient yogic heritage to the entire world, and soon made yoga into a common word and practice in every continent. Vivekananda helped revive yoga in India, taking it from a specialised practice for a few select renunciates, and turning it into a universal science of consciousness that everyone can explore and benefit from.

While the great scientist Albert Einstein discovered the law of relativity, showing us the limitations of a time-space view of reality, Swami Vivekananda taught us how to realise the universal consciousness beyond the limitations of time and space within our own minds and hearts. Vivekananda was not just an intellectual genius but a spiritual visionary.

Yet a hundred years after Einstein and Vivekananda, humanity is still caught in the same divisions and conflicts in time-space reality, which these great teachers taught us how to overcome.

The meaning of September 11

Swami Vivekananda on September 11, 1893 at the World Parliament of Religions in Chicago spoke to all people as brothers and sisters. He pleaded to his audience to reject the many divisions and barriers created between people, particularly those erected in the name of religion, which can permanently separate people into hostile camps. He invoked the yogic spirit of oneness as the solution to our individual and collective problems. He encouraged humanity to enter a new era of unity consciousness and let these regressive divisions disappear forever.

The young Swami from distant India was able to awaken his foreign American audience to a new vision of a universal life and single humanity. That spark set in motion forces of spiritual transformation that have since taken many forms.

Unfortunately, now September 11 has another meaning, which is the beginning of the era of terrorism and unexpected catastrophic attacks on innocent people throughout the world. Terrorism is based upon a rejection of the message of Swamiji that humanity constitutes of a single organism and reflects a single self, which is the essence of all religion and all deeper thought.

Terrorism is the ultimate expression of the divisive mind that places belief and ideology over life and feeling. It reflects an outer view of reality that wants to control the minds of people rather than let them be free to discover who they really are.

Yet terrorism is not an isolated phenomenon but is connected to many other world problems born of lack of human unity and a failure to honor the sacred nature of all life.

Today we are exploring the realm of information but have not understood the greater importance of consciousness. Information does not always unite us. It can reinforce separate identities. We are similarly looking to the outer mass media, rather than to our inner connection with the cosmic mind. Mass media, used incorrectly, can make us more intolerant, rather than more compassionate. Our world has not yet rejected the artificial divisions of nation and creed that marked the era before global communication and which can be reinforced by wrong use of the new technology.

Swamiji did not just teach ideas but emphasised the building of character, making the soul and spirit powerful, so that we are no longer the slaves of desire, opinions and impulses from the outer world. It is not just what we know or what we own but who we are that truly matters.

Swamiji’s message was the lion’s roar of Vedanta, the great upanishadic teaching that each individual is the self of the entire universe. He taught that you are not merely this small physical body, this mere brain, or even this complex mind. In the core of your being, you are one with the universal consciousness and all of its powers. Once we know this, even the thought of harming another person cannot arise.

Humanity cannot discover its true unity merely at an outer level of technology and communication, however helpful these may be. It cannot erect that unity based upon upholding the divided identities of an earlier era. It is a unity of heart and consciousness that is required. Yoga can show us the way.