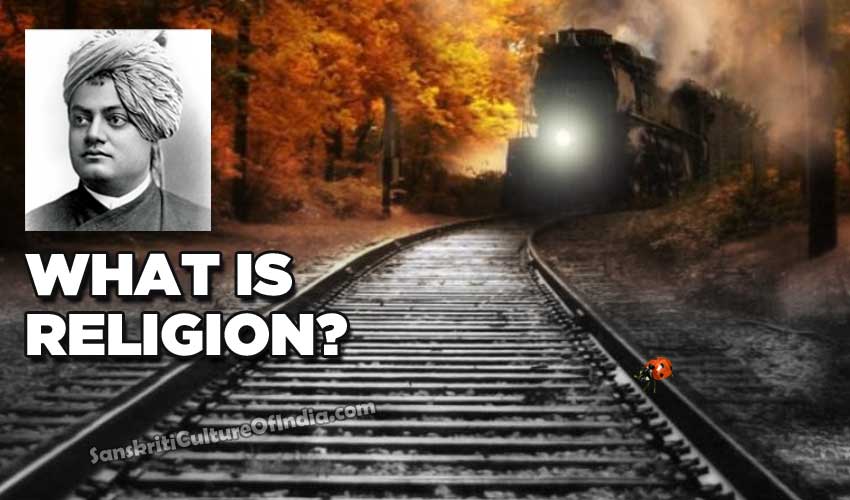 A huge locomotive has rushed on over the line and a small worm that was creeping upon one of the rails saved its life by crawling out of the path of the locomotive. Yet this little worm, so insignificant that it can be crushed in a moment, is a living something, while this locomotive, so huge, so immense, is only an engine, a machine. You say the one has life and the other is only dead matter and all its powers and strength and speed are only those of a dead machine, a mechanical contrivance. Yet the poor little worm which moved upon the rail and which the least touch of the engine would have deprived of its life is a majestic being compared to that huge locomotive. It is a small part of the Infinite and, therefore, it is greater than this powerful engine. Why should that be so? How do we know the living from the dead? The machine mechanically performs all the movements its maker made it to perform, its movements are not those of life. How can we make the distinction between the living and the dead, then? In the living there is freedom, there is intelligence; in the dead all is bound and no freedom is possible, because there is no intelligence. This freedom that distinguishes us from mere machines is what we are all striving for. To be more free is the goal of all our efforts, for only in perfect freedom can there be perfection. This effort to attain freedom underlies all forms of worship, whether we know it or not.

If we were to examine the various sorts of worship all over the world, we would see that the rudest of mankind are worshiping ghosts, demons, and the spirits of their forefathers — serpent worship, worship of tribal gods, and worship of the departed ones. Why do they do this? Because they feel that in some unknown way these beings are greater, more powerful than themselves, and limit their freedom. They, therefore, seek to propitiate these beings in order to prevent them from molesting them, in other words, to get more freedom. They also seek to win favour from these superior beings, to get by gift of the gods what ought to be earned by personal effort.

On the whole, this shows that the world is expecting a miracle. This expectation never leaves us, and however we may try, we are all running after the miraculous and extraordinary. What is mind but that ceaseless inquiry into the meaning and mystery of life? We may say that only uncultivated people are going after all these things, but the question still is there: Why should it be so? The Jews were asking for a miracle. The whole world has been asking for the same these thousands of years. There is, again, the universal dissatisfaction. We make an ideal but we have rushed only half the way after it, when we make a newer one. We struggle hard to attain to some goal and then discover we do not want it.

This dissatisfaction we are having time after time, and what is there in the mind if there is to be only dissatisfaction? What is the meaning of this universal dissatisfaction? It is because freedom is every man’s goal. He seeks it ever, his whole life is a struggle after it. The child rebels against law as soon as it is born. Its first utterance is a cry, a protest against the bondage in which it finds itself. This longing for freedom produces the idea of a Being who is absolutely free. The concept of God is a fundamental element in the human constitution. In the Vedanta, Sat – chit – ananda (Existence   Knowledge – Bliss) is the highest concept of God possible to the mind. It is the essence of knowledge and is by its nature the essence of bliss. We have been stifling that inner voice long enough, seeking to follow law and quiet the human nature, but there is that human instinct to rebel against nature’s laws. We may not understand what the meaning is, but there is that unconscious struggle of the human with the spiritual, of the lower with the higher mind, and the struggle attempts to preserve one’s separate life, what we call our “individuality”.

Swami Vivekananda’s Guide to Living Life to the Fullest