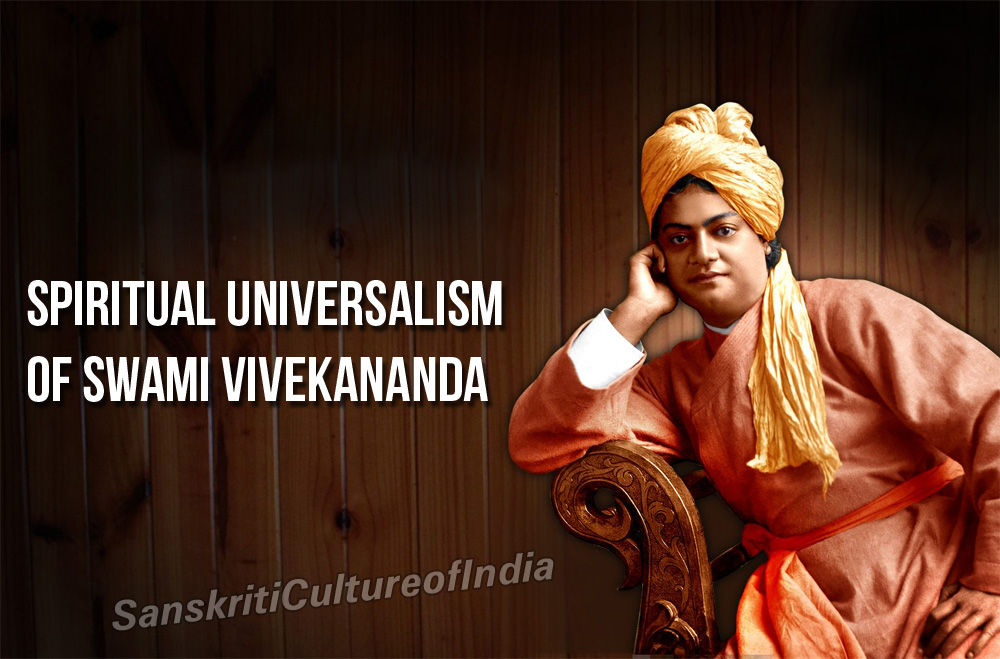 Swami Vivekananda saw the entire universe as manifestation of the absolute One. There is only one Self in the universe, only one existence. When it passes through time, space and causation it appears to be diverse and is called by different names. In the heart of things there is fundamental unity.

When all life in the universe is seen as One, the selfish, narrow-minded outlook and compartmentalisation instantly collapse. Vivekananda stood for harmony of religions and divinity of humankind.  He said that each soul is potentially divine, omnipotent and omniscient, awaiting manifestation. The aim of life is to realise the same through selfless service to humanity, assimilation of wisdom through deep introspection, devotion to divinity or a special psychophysical practice. These constitute the curriculum of yoga, the art of cosmic union with the Absolute.

Significantly, this spiritual process can be practised in non-religious mode as well, but it would be expedient to extract the essence of existing religions to benefit thereby. External rituals of religions are of secondary importance but their  spiritual essence needs to be accepted. If we seek a universal religion which can be followed by everyone it must include all degrees of religious development.

Vivekananda said, “We want to lead mankind to the place where there is neither Vedas, nor Bible, nor Quran; yet this has to be done by harmonising all three.  We need to learn that religions are but varied expressions of The Religion, which is Oneness, so that each may choose a path that suits him best.”  This vision of a universal religion concerns no particular cult but signifies culmination of wisdom.

Swamiji was an exponent of vedantic humanism or all-embracing pantheism. For him, the watchword was religious acceptance and not tolerance. Tolerance comes out of a superiority complex. ‘You are wrong but I allow you to exist out of my generosity.’ This is blasphemy. Difference of views and ways of thinking are deeply rooted in the scheme of the universe. If everybody thinks alike what will be there to think any more? But we have no right to think that ‘I am right and others are wrong.’ Truth can be seen from many angles and expressed in diverse ways. We must accept this basic truth – that there are many truths that in reality are One.

The ideal for universal brotherhood is not a new concept and has been contemplated by many before him. But any endeavour for the same without spirituality had been self-defeating as has already been proved all over the globe. Our urge for universal brotherhood usually excludes those who are reluctant to join the group and thus becomes self-defeating. For example, communists became stridently communal against non-communists. So too with other belief systems.

Vivekananda did not propagate a world-negating concept of spirituality or escapism from the din and bustle of suffering multitudes.  Self-less service of man was for him the desirable path for Self-realisation.  Liberation is a matter of expansion of the self spread over the entire universe.

The essential divinity and thereby unity of all creatures has to be realised through unconditional love for all, wise detachment and extension of self through service of humanity beyond the dogmas and any sectarian faith.

This universalism par excellence or way of life engulfing whole gamut of existence must evolve as the religion or spirituality of the posterity as panacea for all the world-problems of the day.