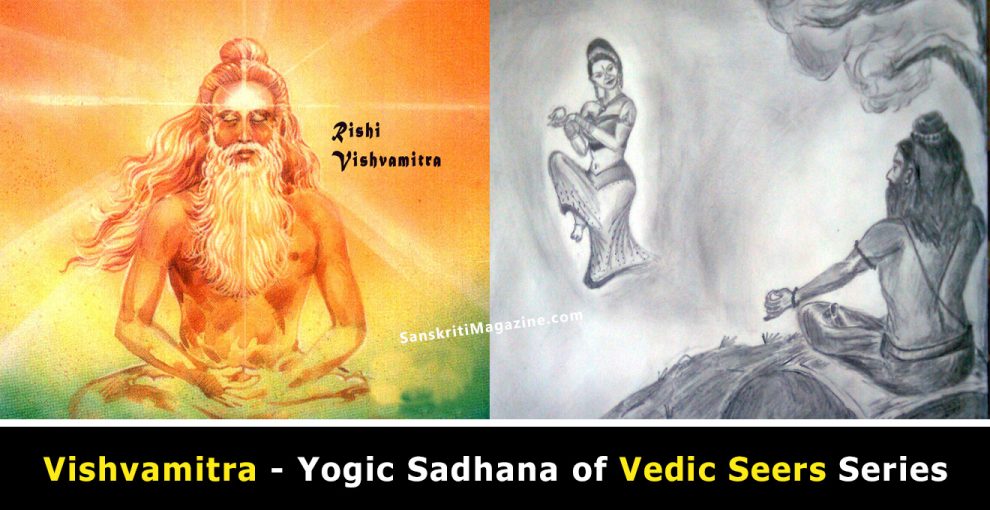 Vishvamitra is one of the most celebrated seers of the Vedic age. He is the seer of the third Mandala of the Rigveda which is placed next that of Gritsamada in the order of the family of books of the Samihta. This is a sure indicator of his antiquity he is also the seer of the sacred Gayatri mantra which is considered as the most important mantra among all the Vedic mantras on account of its direct approach to the Reality in the form of illumination of consciousness inhering in the depth of the human psyche as well as having been involved in the emergence of the universe. 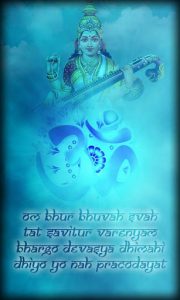 What is especially noteworthy in the life of Vishvamitra is his role as a tapasvin, the pursuer of the path of tapas. Details about his life of tapas are galore in the Ramayana and the Mahabharata which must have their basis in the Veda, particularly, in the mantras seen by him. There are, indeed, a number of indications to the course of the sadhana he might have undergone before he got transformed into a spiritual personage of his eminence. By virtue of this sadhana he was recognized by his own family of seers as a great Rishi having his root in the Divine and being inspired by the Divine so much as once to have stopped the flow of mighty rivers like Vipasha and Shutudri for enable Sudasa and his army to go across them (RV.III.53.9).

The hymn to the rivers Vipasha and Shutudri, in which this episode occurs in detail, is a rare account of confrontation between the human will and the divine dispensation. The rivers claim for themselves to have been carved out by the Divine from the very beginning with the dispensation to keep continuously flowing. Vishvamitra, on the other hand, happens eventually to be called upon to stop their flow for providing passage to the army of the king. The rivers are in no mood to relent as they are in full spate. The prayers of the seer, however, prove so effective that they fell obliged to lower the level
of their stream so as to enable the bullock carts to wade through. Owing to the spiritual power of the seer not only the forces of the king found passage through the bed of the rivers but also the seer’s words of imploration uttered on that occasion have come to attain the status of the mantras immune to forgetfulness for all time to come as was expected of them initially (Ibid. III.33.8). This is a measure of the siddhi attained by the seer that even Nature was obliged to loosen the operation of her law when confronted by his will.

The contour of his actually yogic sadhana, however, can be traced in the arrangement of his hymns in the Samhita as per the deity they are addressed to. In this connection, it is important to note that a little less than of his hymns have been addressed to Agni alone. Statistically speaking, they number twenty-nine out of the total of number sixty-two. Out of the remaining thirty-three hymns, many as twenty-two have been devoted to pray to Indra. The remaining eleven hymns are addressed to as diverse divine beings as Vishve-Devah, Ashvins, Mitra, Ribhus, Ushas, Varuna, Brihaspati, Pushan, Soma and Savitr. The pre-eminence given to Agni and Indra in his prayers is indicative of his prolonged and deep involvement in the sadhana concerning these deities.
As regards the particular area of Agni, he obviously is the leading terrestrial god concerned primarily with the well-being of the physical and intellectual attainable through of the physical and intellectual attainable through yajna and tapas. Yajna amount to rising above personal needs and caring more for beings other than oneself including human, sub- 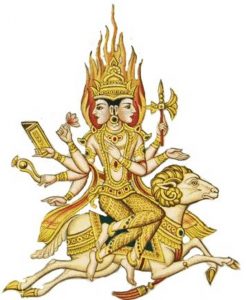 human and super-human. By virtue of the sadhana of yajna, the person concerned gets the element of fire inherent in him elevated and expanded into the universal of it, known in the Veda as Vaishvanara.

In the case of Vaishvanara, it finds its elucidation in his address to Agni as Vaishvanara particularly towards the end of his prayers to that deity, i.e., in the twenty-sixth hymn of the Mandala. After saying hundreds of prayers to Agni, he begins this significant hymn with his determination to kindle that Vaishvanara with the force of his mind and make offering to Him who is favourable to truthfulness besides being luminous (Ibid. III.26.1). Kindling of Agni with mind is suggestive of something more than mere production of fire by rubbing of a pair of sticks against each other. In fact, he makes reference to the production of fire through such a rubbing himself but in an implicitly figurative sense. The relevant mantra reads as follows:

The omniscient fire indwells the fire-sticks and is kept carefully there like the foetus kept safe within herself by the pregnant women. That Agni needs to be devoted to continuously through oblations and constant wakefulness… (Ibid. III.29.1)

Just as the fire-stick has the fire latent in it even so each individual has the fire of universal consciousness embedded in his psychic being requiring an appropriate quantum of tapas to get manifested. This latent sense of the mantra is made explicit by the Katha Upanishad by quoting it almost verbatim in its deliberation on the nature of Atman and the way to its realization. The Upanishad makes things clearer by adding the words etad vai tat amounting to suggest the omniscient Agni is really symbolic of the Omniscient Reality (Katha Up. IV.8).

This is potent enough to suggest that Agni has been used by Vishvamitra, the great tapasvin, as a token to entry into the portals of pure consciousness lying behind sensuality and mentation. On his entry into the portals of consciousness, the seer comes to understand his real identity in that consciousness which otherwise was taken to lie in sensuality, mentation and consequent ego-sense. The result of his strenuous sadhana carried out along the path of sacrifice and tapas is embodied in his following experience:

I am Agni, the omniscient by birth. My eye is ghrita and in my mouth is immortality. I am the threefold light which is the creator and measurer of space. I am the imperishable vessel (meant for boiling the oblation of milk) as also the oblation itself. (Ibid. III.26.7)