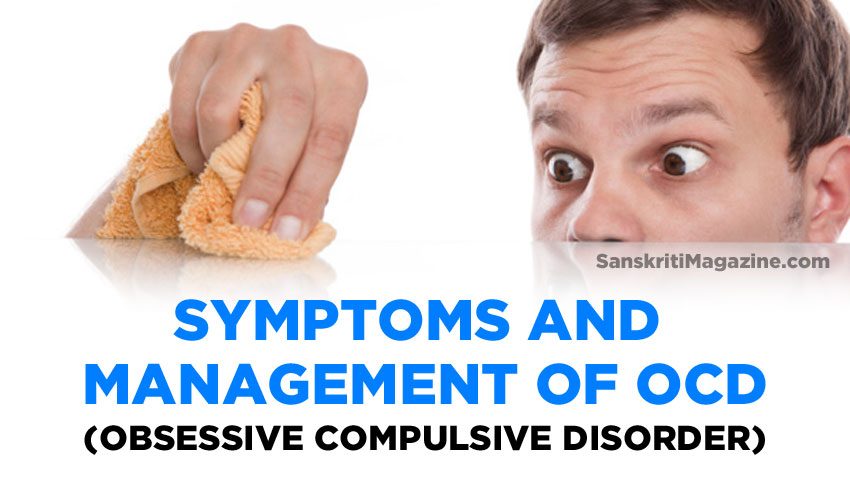 OCD is considered a type of anxiety disorder, so people who have OCD usually feel nervous and anxious, at least occasionally.

It is a disorder that many people have to some degree or another, but for many it can be quite debilitating.

Do you have these signs of possible OCD?

Although this symptom sounds innocent enough, those with OCD tend to do something over and over again with a ritualistic fashion. Here are some examples:

2. Having thoughts that you can’t get rid of.

Commonly called, “obsessions,” obsessive thoughts seem to keep popping up and staying in your mind. No matter what you try, you can’t seem to turn off your thinking. Obsessions might keep you up at night or prevent you from being as productive as you could be.

3. Realizing that your obsessions and compulsions are unusual.

Even though what you’re experiencing is a normal part of an emotional illness, you can see that it is out of the realm of normal behavior.

4. The obsessions and compulsions aren’t caused by medications or an illness.

It’s quite important for mental health clinicians to rule these things out before diagnosing anyone as having OCD.

These items can help to alleviate your symptoms of OCD:

1. Medication in the form of SSRIs.

There is a group of antidepressants called, “SSRIs” that are often prescribed for those experiencing OCD. SSRI stands for, “selective serotonin reuptake inhibitor.” A common list of SSRIs includes Anafranil, Celexa, Effexor, Lexapro, Paxil, Prozac, and Zoloft. This specific type of medication can sometimes be helpful to reduce the OCD tendencies.

Doctors usually begin with trying an SSRI, but in the event the SSRIs don’t work to reduce your OCD symptoms, a doctor will likely try a class of drugs formulated several years ago called, “tricyclic antidepressants.”

In general, many believe that simply talking with an expert about how you feel and the choices you make can reduce your level of anxiety. Getting control of your anxiety is the main key to reducing or arresting OCD and therapy can help you do it.

This type of mental health therapy helps you to think rationally about your thoughts and then adjust your behaviors accordingly.

If you or someone you love experiences the challenging symptoms of OCD, recognize that there are some incredibly effective treatments to get you back on a more peaceful journey. Fortunately, you can return to normal functioning again.

Is it possible to consciously control immune system for better health?