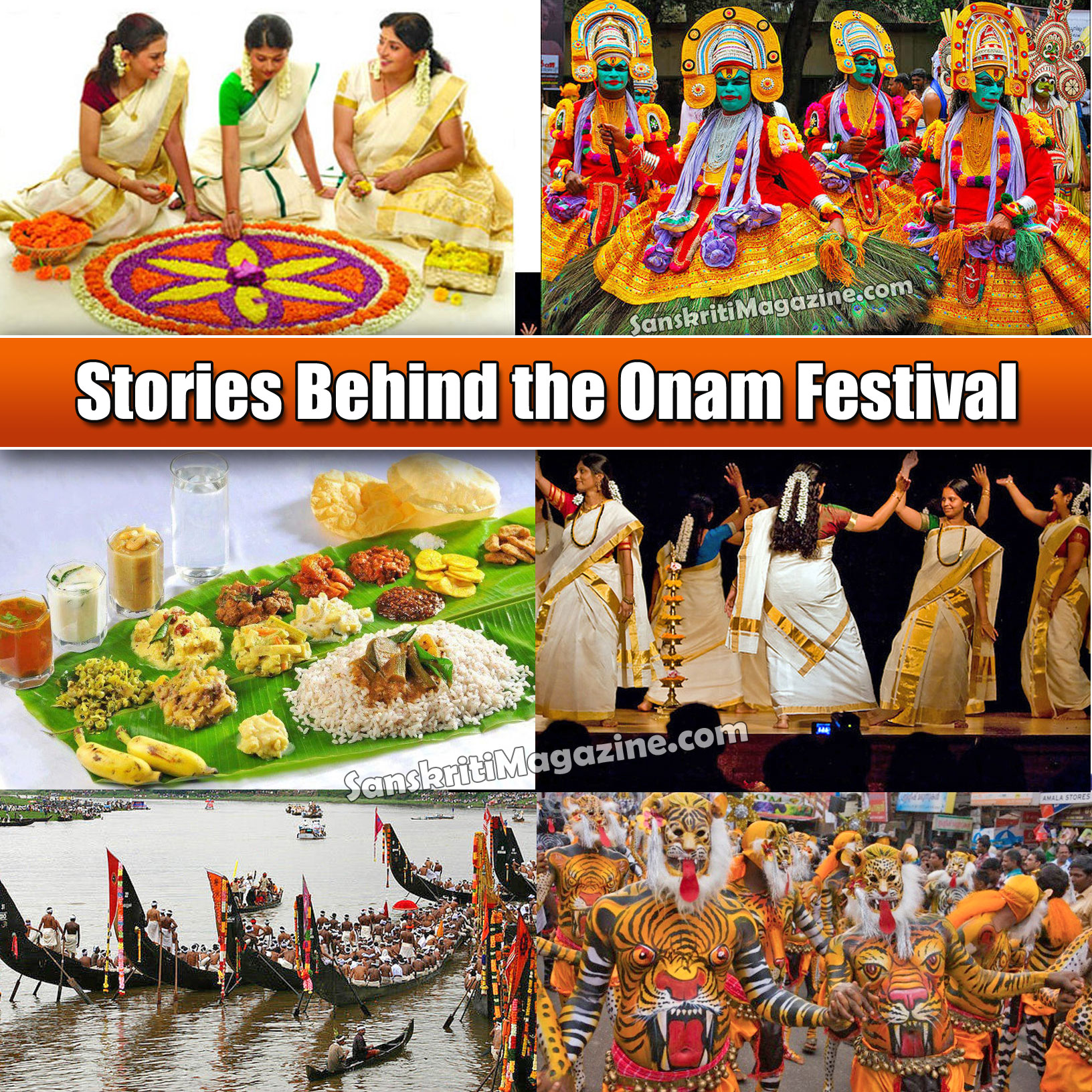 A long long time ago, an Asura (demon) king called Mahabali ruled Kerala. He was a wise, benevolent and judicious ruler and beloved of his subjects. Soon his fame as an able king began to spread far and wide, but when he extended his rule to the heavens and the netherworld, the gods felt challenged and began to fear his growing powers. Presuming that he might become over-powerful, Aditi, the mother of Devas pleaded with Lord Vishnu to curtail Mahabali’s powers. Vishnu transformed himself into a dwarf called Vamana and approached Mahabali while he was performing a yajna and asked for alms. Pleased with the dwarf brahmin’s wisdom, Mahabali granted him a wish. The Emperor’s preceptor, Sukracharya warned him against making the gift, for he realized that the seeker was no ordinary person. But the Emperor’s kingly ego was boosted to think that God had asked him for a favor. So he firmly declared that there is no greater sin than going back on one’s promise. He kept his word.

The Vamana asked for a simple gift — three paces of land — and the king agreed to it. Vishnu in the guise of Vamana then increased his stature and with the first step covered the sky, blotting out the stars, and with the second, straddled the netherworld. Realising that Vamana’s third step will destroy the earth, Mahabali offered his head as the last step.

Vishnu’s fatal third step pushed him to the netherworld, but before banishing him to the underworld Vishnu granted him a boon. Since he was attached to his kingdom and his people, he was allowed to return once a year from exile. Onam is the celebration that marks the homecoming of King Mahabali. It is the day when a grateful Kerala pays a glorious tribute to the memory of this benign king who gave his all for his subjects.

Another Story of King Mahabali & Vamana

Another legend has it that King Mahabali was a devout worshipper of Lord Vishnu. He was sincere, honest, just and a good ruler. But he had one weakness — ego. And to eradicate his pride and redeem his beloved devotee of this one sin, Vishnu came to earth in the form of a dwarf Brahmin named Vamana.

The king in his pride asked the Brahmin what he wanted for he could give anything. Vamana asked for three paces of land and the king agreed. To humble him Vishnu, as Vamana showed Mahabali that he is just a puny creature in front of God’s universal stature.

Mahabali, who was a man of principles, realized God’s purpose and offered his head for Vamana’s footstep, as he was sent to another world. This fatal step proved a blessing in disguise for the good king — the foot salvaged and released him from the recurrent cycle of birth and death. That is why Onam is celebrated by wearing new clothes and resolving to lead a new life of truth, piety, love, and humility.