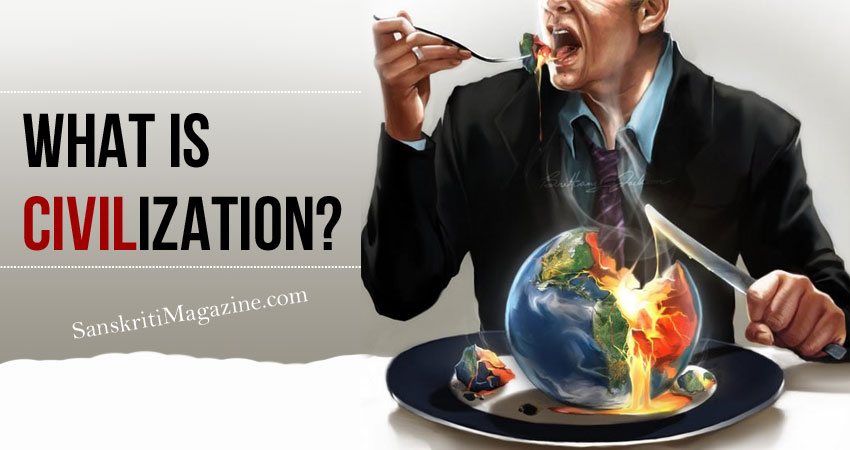 Life has become entirely dependent and freedom is unknown. When the switch fails, there is no light in the house. When you want it badly, there is no water in the tap. Some years ago, we had never heard of high blood pressure. Today a vast number of people suffer this terrible malady.

The dust raised by motorcars and lorries on the streets enters the eyes, nose, lungs and stomach. In turn, it produces various diseases of these organs. This is modern civilization. People want money and money alone. They want not only bread, but bread with butter and jam. But to eat this buttered bread, they have to swallow the dust of the roads and the chimney smoke of their factories.

People have learnt intelligent ways to cheat others. They utilize mesmerism and hypnotism to rob others and to molest ladies. They have discovered various kinds of palatable dishes to satisfy the tongue. This is modern civilization. They have invented beauty competitions among men and women through votes. Men vote for the most beautiful woman, and women vote for the most handsome man. They obtain prizes as well. This is modern civilization. 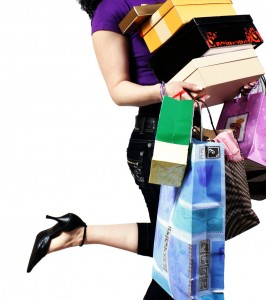 The educated people say, “In my life, I have used thirty cars, I have twenty servants in my house, I have five hundred bungalows in different places, I have two hundred suits and three hundred shirts.

Nobody says, “I have performed twenty-four lakhs of Gayatri japa. I have studied Yoga Vasishtha ten times, the Bhagavad Gita a hundred times, and the Ramayana fifty times. I have meditated for twelve hours on Sunday. I do pranayama and asana for three hours daily and mantra writing for two hours.” This is modern civilization.

People are dying for fashion and have become slaves of fashion. If there is a slight error in the cutting of a suit or dress, there are damage suits in the courts of London and Paris against tailors. Fashion promotes half nudity. Half the chest, half the arms, half the legs must be exposed. People will call this scientific, hygienic ventilation of the exposed parts. However, fashion increases and excites passion.

The whole world can be clothed out of the cuttings of vain, fashionable people. Enormous amounts of money are wasted in fashion. If this money was used in charity and in the service of society, people would be transmuted into divinity. They would enjoy eternal peace and bliss. Instead one sees restlessness, anxiety, worry, fear, depression and pallor of face in fashionable people. They may be dressed in up-to-date fashion and style but their faces reflect sadness and ugliness. The canker of worry, greed, passion, and hatred has eaten the very core of their hearts.

Men and women wear fashionable clothes because they want to appear as big people in the eyes of others. They think they will gain respect and honour by wearing fashionable dress. The wife wants to attract her husband and appear beautiful in his eyes. This is all delusion, artificial decoration and temporary, false glittering! Fashionable dress cannot give real beauty. If one possesses virtues such as mercy, sympathy, love, devotion, and forbearance, one will be respected and really honoured. It will give everlasting beauty even though one is clad in rags. How simple were Mahatma Gandhi and Ramana Maharshi in their dress! They only had a loin cloth.

Science adds many comforts to life. Electricity does all sorts of work: it pumps water, lifts us to the top storey of a building, cooks food and carries us to London and Paris. Science has made our travel and communication easy and quick. There are some advantages, but the disadvantages outweigh the advantages. It has made living very costly and luxurious. A luxury of today becomes a want of tomorrow. Everyone wants a pocket radio, a torch, a wristwatch, a car, and a household cinema. The standard of living has become very high.

Sense gratification has become the goal of life. Intelligent people devise intelligent methods to take bribes and earn money by various dishonest means. Everywhere is corruption, crookedness and cheating. Honesty and candidness have taken to their heels. In this so-called modern civilization, greed, passion, and selfishness are increasing day by day. No one keeps his promise. The father has no faith in the son. The wife has no faith in the husband and the husband has no faith in the wife. 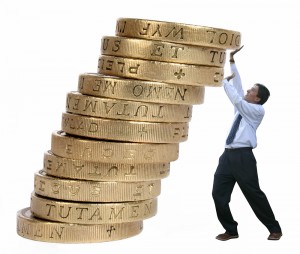 This is Kali Yuga, and dharma has become decrepit. People are acting according to their own whims and fancies and do not care for any spiritual instructions. Eating, drinking and procreation are the goal of life, and moksha, liberation, has become a visionary dream.

Money is necessary, but it is not the goal of life. One should not worship mammon. The dollar cannot give peace and bliss. There are buildings in America one hundred and twenty-three storeys high. Each room in each storey is air-conditioned, and has up-to-date electrical equipment.

Who is superior? The person who lives in a one hundred and twenty-three storey building with aeroplanes and cars, who is rolling in dollars, with plenty of cares and worries, with plenty of blood pressure and other diseases, with a small constricted heart, with plenty of ignorance and its modifications such as passion, greed, and anger? Or is the person superior who lives in a small grasshut on the banks of the Ganga, in Rishikesh or the Himalayas, with good health, divine qualities and a large magnanimous heart, who is without money, worries and anxieties but has plenty of divine bliss, joy and peace, and knowledge of the self?

What is wanted is a spacious, large, loving heart with high sublime thinking. One may live in a small thatched cottage; it does not matter much.

A scene of chaos

People have made their lives complex and intricate. They have entangled themselves in the quagmire of samsara by multiplying their wants and desires. Every day they are forging an additional link to the chain of bondage. Simplicity has vanished; instead, luxurious habits and ways of living are embraced. No wonder there is unemployment everywhere and people are dying of starvation. There is depression in trade and unrest prevails.

Nations are afraid of other nations, and one may suspect that another is preparing for war. Life has become a matter of uncertainty, a mass of confusion, chaos, and bewilderment. It has become stormy and boisterous and full of under currents, cross currents, subterranean currents, and mixed currents.

The way of escape

There is only one way of escape from these troubles and difficulties: to lead a life of dispassion, self-control, purity, selfless service, and cosmic love. One must develop the habit of right thinking, right feeling, and right acting with the right mental attitude or bhava, and practise devotion and meditation.

The conditions prevailing throughout the world unmistakably demonstrate the truth that material advancement alone does not mean advancement towards peace and harmony. Material welfare does not give inner contentment, though it may help to a certain extent in its achievement. It saves one from struggling for one’s daily bread, consequently providing the individual with greater opportunities to discover inner peace. But man does not live by bread alone!

~ From the teachings of Swami Sivananada