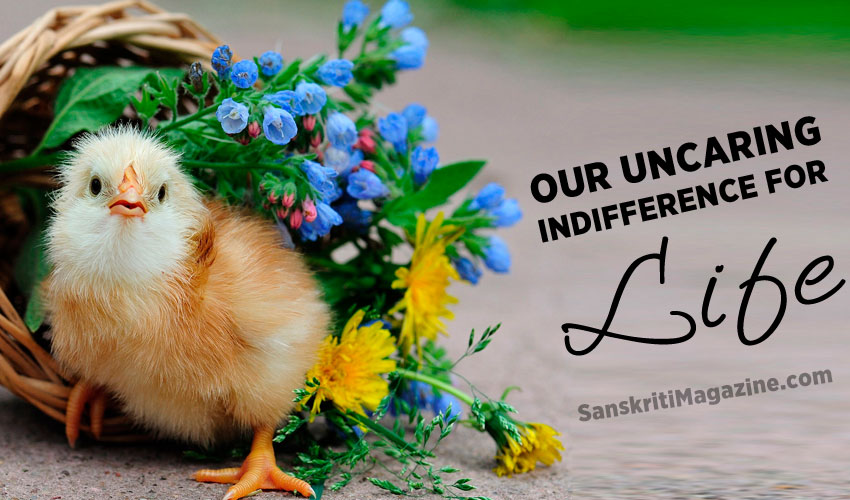 Over two years ago, I had shifted to this new government locality in the heart of the city. A two-fold motivation was responsible for my decision. The one reason of course was the fact that the massive flat was better designed and comfortable than the previous one, the other and main reason was that this locality had a luxuriant green cover in terms a small yet intact forest area – the Ridge as they popularly call it. Having genuine interest and fascination for the greenery and wildlife, living in the vicinity of the Ridge at a stone’s throw away distance was a real privilege and fun from my point of view.

Whenever I find that city planners and dwellers are in peace with such green patches, it gives me real satisfaction and joy too. So shifting to the new locality, I genuinely felt that there is still some hope for the humanity, thanks to mankind’s ingenuity and sanity. This ridge area offered me a lot of comfort and consolation, as almost daily I would take out some time to visit the ridge area to have a feel of nature from a distance sighting the lovely canopy of trees, thick and green bushes spread over an area of about a kilometer offering home and shelter to a variety of animal life, mostly birds. 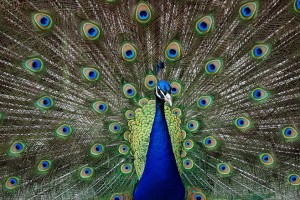 The most remarkable thing from my point of view has been the presence of a good number of beautiful peacocks. I recall on one occasion I tried a headcount and had found almost two dozen such male and female birds. In the morning and occasionally at evening hours, one could easily watch male peacocks dancing with their plumes outspread and bright feathers of azure and emerald on display. Watching a peacock dancing during the rainy season was a real fun and delight for many onlookers and nature lovers. There was an old deserted building inside the ridge area which also served as home and shelter for peacocks and other avian species, particularly in rainy and breeding seasons. Occasionally they will find way in the living area of human populace and perch on their roof tops or even roads.

Sadly, now after two years, I don’t see or hear voices of any peacocks and partridges in the vicinity. It is obvious; they have either met their natural or unnatural death or moved to some other safer habitat, the chances of latter eventuality being less. This reminds me a particular instance some time back. When I admonished a boy in the age group of 14-15 years who was throwing stones just for fun over a flock of birds including peacocks inside the ridge area, he started telling me of being the son of a particular joint secretary. Sensing his arrogance at this early age, I had to tell him that this residential area includes officers of the level of joint secretary and above only and that, in fact, a joint secretary falls at the lowest rung in this hierarchy, and that instead of being known as his father’s son, he should better try to be known or recognized for own achievement(s).

So what has happened in the recent years? What factors are responsible for their death or disappearance from the locality? One doesn’t need to go too far to learn because the answers are quite obvious and explicit. In the past, the area was quiet and peaceful with a lot of greenery and only few houses with a small human population around the Ridge. The habitat and ecological conditions were ideal for the living of peacocks and other birds with minimum outside disturbance and intervention for many years. To pave way for posh living of a large population, the old 1-2 storied houses were demolished, green vegetation removed or drastically trimmed and more space was created for housing including several multi-storied blocks and open roads around the ridge area.

Alas! during these two years the area has seen many disturbing changes. A wire fencing ranging from twelve to fifteen feet high was laid and a brick path constructed around the ridge area for the convenience and recreation of inhabitants. About a year back, the old building inside the Ridge was demolished. Demolition work took a few weeks time with a number of skilled and unskilled humans working during day hours, and poaching and transgressing through various parts and consequent indiscriminate violation of a large part this natural habitat. There were a few instances when a peacock (not a good flier) would in a low flight accidentally collide and crash with the nearby 9-10 storied buildings and die an untimely death. Though the ridge area is protected with high wire fencing yet it is vulnerable at many points for the domesticated animals like dogs and cats, poachers and transgressors.

The area is now buzzing with a sudden upsurge in human activity and interventions. The shrinkage of the natural habitat, growing visitors population and commercial activities inside campus, increased poaching and transgression in the main ridge area and perhaps shortage of food naturally led to minimizing their resting and breeding opportunities. These factors in association with the occasional accidental or natural deaths and unsolicited human approaches led to disappearance or extinction of peacocks from the locality.

This unmindful destruction of habitat and loss of birds, peacock being our national bird too,  not only gives me a deep pain and shock but also a ponderable thought – if we humans cannot ever live in peace with the nature, its flora and fauna. If we look at the problem in a larger and global perspective, there is hardly any place left on this planet which is yet to be explored or conquered by the human race. As the human population and needs are growing, we are leaving less and less room for the rest of the animal and plant life. 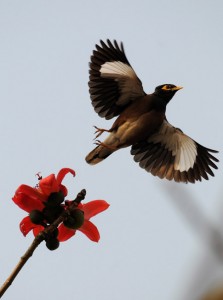 Wildlife is under direct threat from a variety of human factors and activities. We are directly destroying habitat for personal living comfort, agriculture, mineral exploration and industrial use. Simultaneously, we are also responsible for spreading invasive species and disease among wildlife. Most of the ecosystems on the planet are facing multiple threats putting stress and risk for destruction of habitat and loss and consequent extinction of wildlife.

The fact is undisputed that humans are the most powerful species on the planet. Their arrogance and greed for indiscriminate exploitation is largely responsible for causing environment damage, destruction of forests and other green cover, and consequent harm and extinction of animals and plant species. We humans crave for more space in homes and cities, pollute environment, destroy various habitats, illegally hurt, hunt and kill animals for food and fun. Besides, we are responsible for experimentation by introducing exotic species of animals and plants into habitats who in turn compete for food and space as also spread disease. All these human activities collectively limit and destroy habitats and encompassing resources and in turn take a heavy toll on the animals and plants of the area.

During the course of evolution, many animal and plant species became extinct due to unfavorable circumstances. But natural agents causing change and destruction have been much slower and less potent when compared with human factors and therefore they have a lesser impact on plant and animal life.  As against human factors like increasing human population, destruction of habitat through indiscriminate exploitation, man-made pollutants, climatic change and global warming etc. are for more potent and harmful agents causing plants and animal life loss and consequent extinction.

It’s not that the entire human race is unmindful and uncaring about the dangers faced by animals and plants life on the planet. Various Governments, including in India, have taken measures and passed wildlife and forest conservation acts putting in place stringent and effective laws. Many non-governmental organizations and aware individuals are also working ceaselessly for conservation of habitat and eco-system, protection of wildlife and forests. Notwithstanding above, such human activities continue unabated in many areas compromising safety of environment and eco-system. As usual, difficulties are at implementation level where human greed and avarice finds ways to dodge and violate the extant laws and cause consequent harm to animals and plants life for personal or collective gains.

Perhaps the main reason lies in the fact that humans by instinct have been barbarians in the evolution history. Humans are the only species on the planet which exploit and kill for entertainment and fun too. These are the civil laws of the contemporary society and education, to a considerable extent, that have a moderating effect on many individuals and groups to conduct and behave in a more sensible and sociable manner. Hence apart from the implementation of laws which are largely prohibitive and punitive, more efforts are needed to create a mass awareness through education and persuasion among people about the ill-effects of indiscriminate exploitation of the nature and consequent loss of animal and plant life.

Do we really care for the planet or even our own life? Sooner the better, the people understand that in the biosphere all lives including those of humans are linked in a web of (food) chains and if this web is infringed and chain(s) broken, this will put at stake the very survival of human race which is in turn so dependent on the survival of animal and plant life in the long run.

Vegetarianism: An ethical diet for peace and plenty
It is time India had a Good Samaritan law
Comment