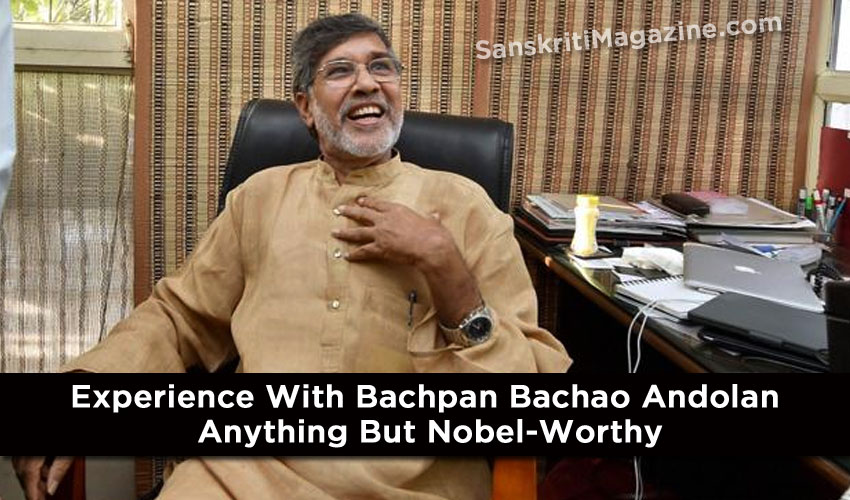 This was early 2008. I was reporting a story for Forbes Magazine on use of child labor in India by western companies. I traveled from Monsanto’s cotton fields in Andhra Pradesh to the granite quarries in Rajasthan to the slums of Delhi to the carpet belt in Uttar Pradesh. In each place I saw children, hard at work, in pathetic and dangerous conditions, making products that would be bought by customers in the U.S. and other parts of the world. And all they earned at the end of it was a few measly cents.

Child labor is a serious problem in India, and in many developing countries for that matter. The Nobel Committee by awarding the extremely prestigious Nobel Peace Prize today to Kailash Satyarthi who, through his NGO Bachpan Bachao Andolan (that loosely translates into Movement to Save Childhood) campaigns for child rights and an end to trafficking, brings global attention to a global problem. (The prize was jointly awarded to Satyarthi and Malala Yousafzai of Pakistan, the teenager who was shot in the head by the Taliban in 2012 for her campaigning on behalf of girls’ education in the Swat Valley of Pakistan.)

But Satyarthi, and his BBA, is a flawed hero and I have first-hand experience of it.

While reporting the story for Forbes I met with BBA representatives (not Satyarthi, but a deputy). BBA had some credibility, for sure. It had busted a subcontractor of Gap Inc. using child labor just a few months earlier and the incident had made a huge splash. The BBA representative told me that apart from the garment sector, one area that had one of the worst problems of child labor was the carpet belt in Uttar Pradesh. I remember the guy’s words to date: each house, each village is filled with children making carpets for export.

We set off from Delhi and drove around a few villages but I only saw adults weaving carpets. As my suspicion became more obvious, and my questions more pertinent, the guy finally took me to one house and told me to wait in the car while he went in first. That, itself, was not a good sign in my book so I immediately followed. In the verandah of the house I was shown two boys, 6 years old or so, who were sitting before a loom. When I asked them to show their weaving skills, they didn’t have a clue what was expected of them. More importantly, they were wearing steel grey shorts and shirts–a typical school uniform in India.

The problem is that the more children you show “rescued”, the more funds you get from foreign donors. That’s not to say that child labor isn’t a vast, and severe, problem in India. It is. And the fact remains that every time you buy an imported handmade carpet, an embroidered pair of jeans, a beaded purse, a decorated box or a soccer ball there’s a good chance you’re acquiring something fashioned by a child.

And yes, child labor exists in the carpet industry as well (sadly it is still alive and kicking.) After confronting the BBA folks, I traveled on my own and saw plenty of it, including 14-year-old Rakil Momeen who I met working on a loom in Mirzapur in U.P. A fourth-grade dropout, he had left his parents in West Bengal and trekked halfway across the country and had been in his job weaving carpets for a year when we met. In his new life he worked from 6 a.m. to 11p.m. and earned $25 a month. A cricket fan, he cared more about missing playing cricket with his friends in his village, rather than the nicks and cuts that were the norm of carpet weaving.

None of this is to say BBA hasn’t done good work. It has. But it is a flawed hero and we need to be aware of that.

~ Megha Bahree, writer about business and development in India and its neighbourhood for Forbes