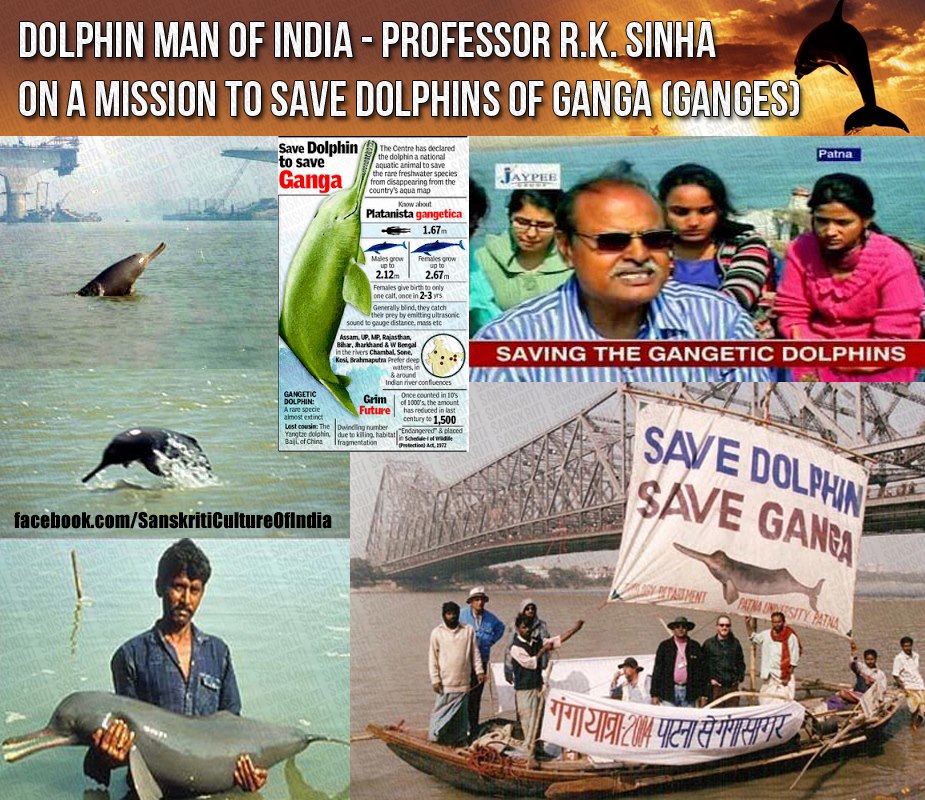 Thanks to him, dolphins have now been declared as the National Aquatic Animal.

Ganga is the lifeline to millions of its devotees. But along one of its many banks is a man who has devoted his life to it and a life that lives within it. For almost 25 years, Dr RK Sinha, a professor at the Patna university, has been following the Gangetic dolphin, a solitary mammal that not many know about. Victim to rampant poaching, the majestic mammals were on the brink of extinction when Professor Sinha stepped in. “This is my intention, this is my mission, this is my passion that dolphin should be conserved so that the future generations can see this animal,” Sinha said.

It was no easy task. With some 3,000 odd dolphins left, the challenge was to save them from poachers and help them breed naturally to increase their population. Professor Sinha first roped in the fishermen who were the primary offenders as his volunteers. Help also came in from students, who spearheaded the ‘Save the Dolphin’ campaign.

“The animal is highly endangered because the number is hardly 3,000 in the entire distribution range and at the same time, killing is going on and the habitat is getting degraded every time,” Professor Sinha said.

His work has taken over his entire persona. From being Professor RK Sinha, he is now known as India’s dolphin man, a man who has dedicated his life for saving the nearly extinct Gangetic dolphins and he is also preparing a team of his baton bearers so that this crusade may continue for years to come.

His effort has not gone unnoticed. The dolphin has now been declared as the National Aquatic Animal, it’s population has been on the rise and the Planning Commission of India has agreed to fund his new dolphin research institute in Patna.

Lesson of the wild…
What elephants teach us…
Comment