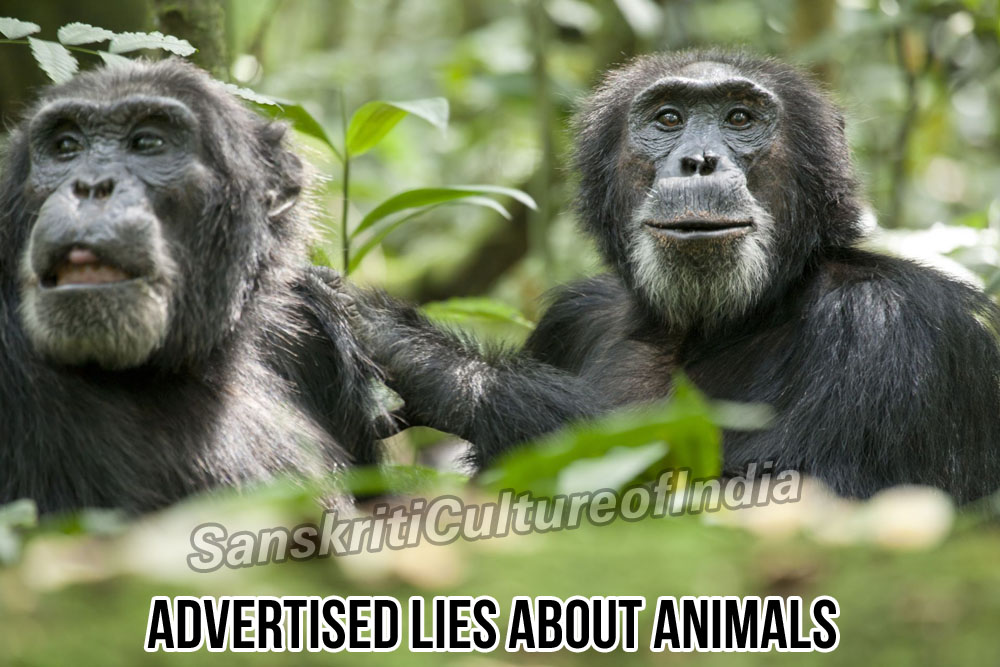 Vivisectors, hunters, butchers and farmers excuse the cruel way they treat animals by claiming (falsely) that animals don’t have feelings.

This is a lie. A big fat wicked lie which excuses a thousand cruelties.

The truth, as anyone who is capable of reading and observing will know, is that animals are sentient and exhibit many of those qualities which racists like to think of as being the preserve of the human race. (I think it is perfectly fair to describe those who claim that all `good’ qualities are the exclusive property of the human species as `racist’).

One of the absurdities of the argument about hunting which has raged for recent years in Britain has been the sight of apparently intelligent people arguing about whether or not animals which are hunted suffer physical pain and/or mental anguish when they are being pursued. How can there possibly be any doubt about this? Those who do express doubt about this are telling us a great deal about their own innate lack of understanding and compassion and their inability to learn from simple observation. If observation is not enough there is more than enough scientific evidence to show that birds, mammals, fish, reptiles and crustaceans all have nervous systems and all suffer pain.

Darwin showed that fear produces similar responses in both humans and animals. The eyes and mouth open, the heart beats rapidly, teeth chatter, muscles tremble, hairs stand on end and so on. Parrots, like human beings, turn away and cover their eyes when confronted with a sight which overwhelms them. Young elephants who have seen their families killed by poachers wake up screaming in the night. Elephants who are suddenly separated from their social group may die suddenly of `broken heart syndrome’. Apes may fall down and faint when suddenly coming across a snake. If a man shouts at a dog he will cower and back away in fear.

Animal abusers sometimes assume that it is only humans who can communicate with one another. And yet bees can communicate the direction, distance and value of pollen sources quite a distance away. Animal abusers generally dismiss animal noises as simply that (noises) but scientists who have taken the time and trouble to listen carefully to the extraordinary variety of noises made by whales have found that there are patterns of what can only be described as speech which are repeated from one year to another.

It is generally assumed that parrots merely repeat words they have heard without understanding what they mean. This is not true. Masson and McCarthy report how when psychologist Irene Pepperberg left her parrot at the vet’s surgery for an operation the parrot, whose name was Alex, called out: `Come here. I love you. I’m sorry. I want to go back.’ The parrot clearly thought that he was being punished for some crime he had committed. Another parrot, in New Jersey, US saved the life of its owner by calling for help. `Murder! Help! Come quick!’ cried the parrot. When neighbours ran to the scene of the crime they found the parrot’s owner lying on the floor, unconscious, bleeding from a gash in his neck. The doctor who treated the man said that without the parrot’s cries he would have died. The same parrot woke his owner and neighbours when a fire started in the house next door.

How arrogant the animal abusers are to assume that human beings are the only species capable of communicating with one another, and of formulating a formal system of language. Vivisectors frequently laugh at the animals they torture and abuse. The concentration camp guards in the Second World War laughed at their victims and called them lice and rats. The vivisectors talk about `sending a mouse to college’ when they want to raise funds for experiments.

We have the power to do what we will with creatures of other species. But no one has given us the right.

Animals feel complex emotions. But the animal abusers claim that because animals do not satisfy our human criteria for intelligence then animals do not deserve any sympathy or understanding. It is but one step from this to arguing that unintelligent humans can be used for experiments.

Human beings who have taken the time to do so have found that they have been able to communicate well with chimpanzees and numerous other animals. Primates will often strive to make the peace after a hostile encounter. And uninvolved primates may help begin and cement the reconciliation. And yet vivisectors are given legal licences allowing them to do horrific things to these animals.

Who gave human beings the right to hand out licences to torture?

On Animals, Love and Memory
What is Love?
Comment