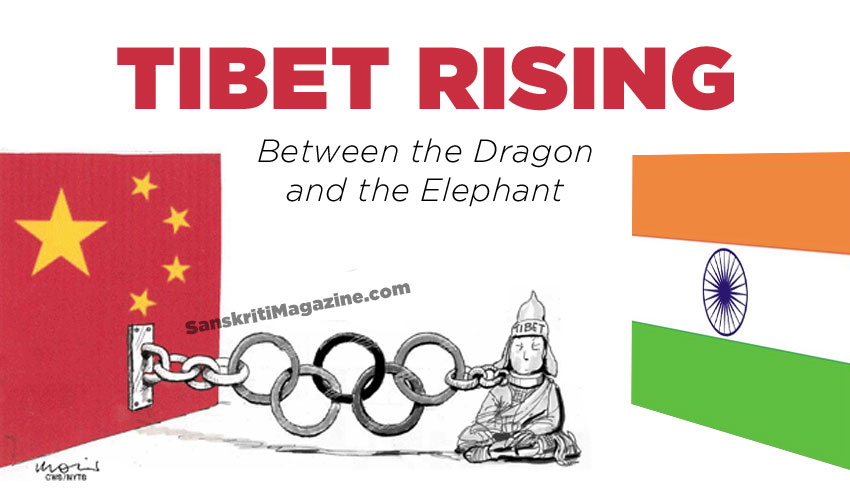 I am not homeless. My home is in Tibet. The only thing is, I had never seen it till I became an adult.

My parents had to leave our home and escape into the mountains when the Chinese communist soldiers rampaged through the village, destroying monasteries and killing anybody who resisted. With His Holiness the Dalai Lama my parents escaped into exile in India in 1959.

We lost everything; our home, our village, those who remained behind in Tibet suffered so much torture and humiliation that many have committed suicide. It was a time when China had consolidated its occupation of Tibet and the idea of Tibet was diminishing. But one thing remained – Hope. And that we found in India. With India’s help and support, we not only survived but also reconstructed our dreams. Today there are more than 100 Tibetans schools and 500 monasteries and cultural centres in India, and a democratically run Government-in-Exile. From this basic infrastructure, today, we confidently think of returning to our homeland to resurrect a new Tibet.

The fast forward journey we took into the modern world from 1959 — when we first emerged from behind the Himalayas — has brought us on a collision course with modernity. What we have learned from the new world, without losing our own traditional and cultural values, is for me a matter of great celebration. Tibetan youngsters of my generation educated in India and abroad are today walking shoulder to shoulder with the modern world, whether it’s in the field of business entrepreneurship, science and technology or academic scholarship.

Tibet today in exile has transformed from the old and isolated society into a democratic, globally-connected, forward-looking community. This will be the best gift to take to our brethren inside Tibet when we return home. Future Tibet will be a self-sufficient economy, self-reliant in education, skills and resources: a Tibetan Swaraj. As a person born and brought up in India, I am as much Indian as I am Tibetan. I love the freedom and spiritual enivironment in India. I think this makes her so enchanting and unique.

It would be futile to compete with China because we cannot beat them in suppressing the millions and millions of poor workers and farmers at whose cost the economic balloon has been inflated. With no proper workers — rights and media freedom in PRC, the Beijing government can do anything they want and get away with it.

In 1997 I went to Tibet after graduating from the Madras University. I was seeing my homeland for the first time in my life. It was no longer the Tibet my parents told me about. Everywhere there are Chinese, Chinese and more Chinese. The cities looked like the Chinatowns we see in Jackie Chan films. I learned that one local goon bought a whole mountain for himself for mining. In olden days no one could own a whole mountain in Tibet. He wouldn’t have known what white earth he was digging; he only knew how to belabour the poor people locals for cheap labour and get the residue transported to China for quick cash.

There were no paper hassles involved since the officials around him were all involved. In India such deals would rarely survive the persistent secret cameras of the Tehelkas and Aaj Taks. I laugh at some people’s fantasies of transforming amchi Mumbai into Shanghai. I lived in the city for five years. And I am convinced that it would be pointless to make the attempt, simply because the freedom in Mumbai would be too overwhelming for Shanghai.

If China is a fire-breathing red dragon, India is a giant elephant. In between this, Tibet is once again straining to raise its head as the lost buffer state that it was.