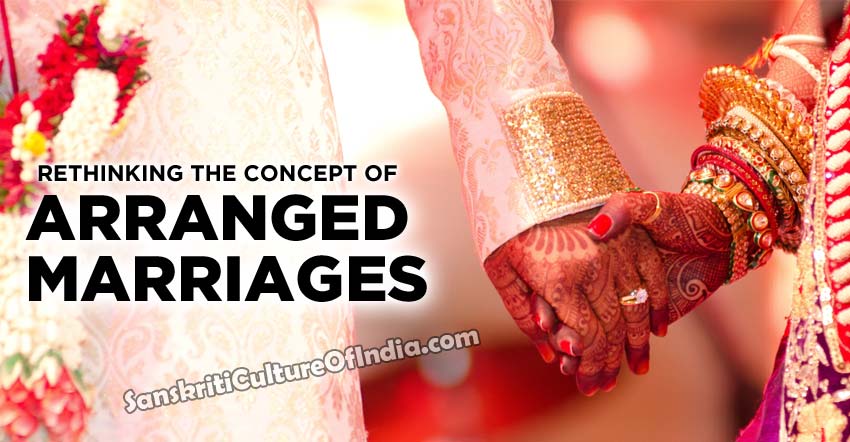 They are seen by many as business deals that have little to do with love.

But arranged marriages are far more likely to lead to lasting affection than marriages of passion, experts claim.

According to research, those in arranged marriages – or who have had their partner chosen for them by a parent or matchmaker – tend to feel more in love as time grows, whereas those in regular marriages feel less in love over time.

And within ten years, the connection felt by those in arranged marriages is said to be around twice as strong.

Relationship experts claim this is because arranged matches are carefully considered, with thought going into whether potential partners’ families, interests and life goals are compatible.

This means they are more likely to commit for life – and to stick together through rocky patches.

Those who marry for love, on the other hand, tend to be blinded by passion and so overlook these crucial details.

When the going gets tough, they are more likely to view the situation simply as a natural end to their romantic dream – a way of fate telling them something is wrong with the relationship.

With soaring divorce rates and record numbers of single-parent households in the West, researchers suggest it is time to rethink the Western approach to love. Harvard academic Dr Robert Epstein has studied the subject of arranged marriages for eight years, looking at the approaches taken in cultural groups including Indian, Pakistani and Orthodox Jewish.

Ten years on, the affection felt by those in arranged marriages is typically twice as strong.

Dr Epstein believes this is because Westerners leave their love lives to chance, or fate, often confusing love with lust, whereas those in other cultures look for more than just passion.

He said: ‘The idea is we must not leave our love lives to chance. We plan our education, our careers and our finances but we’re still uncomfortable with the idea that we should plan our love lives. I do not advocate arranged marriages but I think a lot can be learned from them.

‘In the West marriages are easy to get out of. But in arranged marriages, the commitment is very strong. They get married knowing they won’t leave, so when times are harder – if they face injury or trauma – they don’t run away. It brings them closer.’

Francine Kaye, relationship expert and author of The Divorce Doctor, added: ‘There is an awful lot to be said for arranged marriages. They are determined to make it work.

‘I have seen in arranged marriages in the Orthodox Jewish community that the parents very carefully look at compatibility – it is not left to chance. They do their homework on their characteristics, their values, morals and life goals.

‘It should be pointed out that arranged marriages work because culturally marriage is seen differently. We have a very romantic view of marriage. Theirs is more pragmatic.

‘There is a downside to arranged marriages though – no matter how pragmatic you are in choosing a partner, there always needs to be chemistry.’