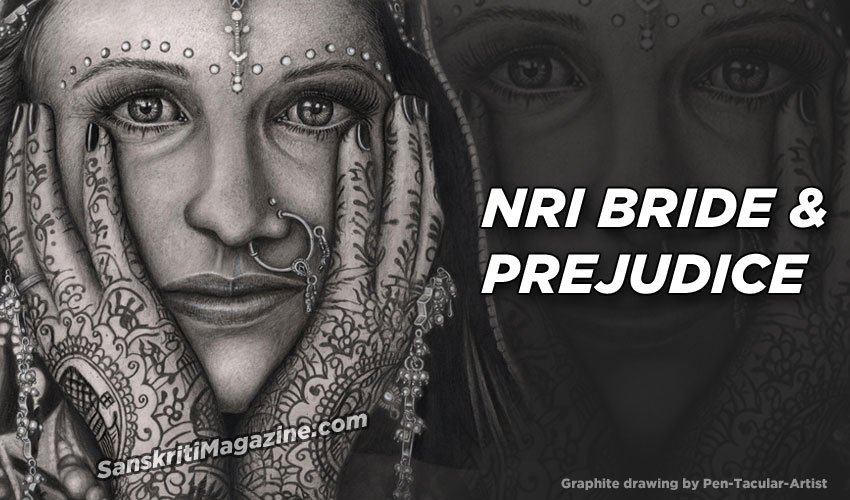 EVERY year we export herds of made-in-Punjab brides to the United States. For many it does lead to living “The American Dream” and yet there are a large number of women who end up living through the horrific nightmare of domestic violence, social isolation and torture by their husbands and in-laws. The VAWA — or Violence Against Women Act — empowers women who migrate to America on a dependent or H4 visa. However, most of them are not even aware of their legal rights. A trip to two American shelter homes in San Francisco, California and Atlanta, Georgia, revealed how these women, battered by abusive spouses, suffered silently while their husbands preyed on their ignorance.

Stranded in a distant land

Harleen, one such woman arrived in San Francisco on a dependent (H4) visa after her marriage to Sarabjeet. Belonging to a small village in Gurdaspur, she knew little English and had no driving skills. Soon after her arrival, her husband took all documents from her for “safe-keeping”. What followed was a series of beatings, mental torture and accusations. Sarabjeet would accompany her whenever they went out. He ensured that she could speak to her parents only in his presence. Stranded in a foreign land, with no one to talk to, Harleen felt helpless.

One day after receiving a thrashing from her husband, she threatened to go to the police but her husband counter threatened to abandon her. He told her that without an immigrant status and without him she will be deported back to India, or even worse be jailed for staying in US illegally. Afraid to let her family down, Harleen endured the torture until one day in a rare show of generosity her husband took her to a gurdwara. In the washroom, to her great surprise, was stuck the number of an Asian women’s helpline. A lady in the washroom sensed her dilemma and dialled the helpline for her. A voice answered in Hindi and for the first time in 10 months Harleen saw a ray of hope.

“Don’t believe your husband’s threats. The law in US is very stringent against domestic violence. Undocumented immigrants and those on dependent visa also have the right to report domestic violence without the fear of being deported”, says Aparna Bhattacharya, Executive Director, Raksha – a Georgia-based NGO for South-Asian women. Women are afraid to report violence as they fear that their spouse who has “money, US citizenship or ties with the US government will prevail in court.”

Help is at hand

Dispelling such myths, Catherine Poston, Attorney Advisor at the US Department of Justice reiterates, “VAWA applies, as much, to non-American immigrant victims of domestic violence. In fact, we run grant programmes for domestic violence shelters. The services provided by shelter homes are confidential and the police can’t raid these shelter homes.”

When Harleen called the domestic violence helpline, an empathetic voice asked her if she was in a safe place to talk and a meeting was arranged near her house at a time when her husband was usually away at work. The social worker, who visited her, informed Harleen that she could report her husband to the police and as per law the law-enforcement agencies were not to check her immigration status. She was assured that the Department of Homeland Security can’t use tips from batterers.

After learning of her rights, Harleen felt more confident and less fearful. The next time Sarabjeet assaulted her, she walked up to the local police station and showed them the bruises inflicted by her husband. As suggested, she asked for an interpreter and filed a complaint against Sarabjeet. Based on her complaint, her husband was arrested and taken to the police station and she was given the keys to his house. The local police department helped her file a temporary restraining order (TRO) and her husband had to go through mandatory, court- ordered anger management therapy. Sarabjeet was allowed to move back only after Harleen withdrew the TRO of her own volition after he sent repeated apologies through friends and relatives.

She has since joined the ESL (English as second language) training programme run by the shelter home that counselled her. Sarabjeet has stopped harassing her and has even enrolled her for driving lessons. She is on her way to secure a driver’s license and greater independence. Not everyone is as lucky as Harleen though and for women whose spouses refuse to change, there is no option but to seek refuge at the shelter homes.

REALITY CHECK FOR THE GIRL

There are more than 20 South Asian shelter homes working to help the survivors of domestic violence in the United States. Many government-aided programmes enable shelter homes to impart vocational training to women survivors. “We run programs like ESL, resume building, mock interview practice, financial literacy, cultural orientation and grooming and referrals for job search. Ultimately, the goal of these programmes is to provide a source of income for the battered woman” says Usha Ramchandran, Executive Director of Narika – a California-based shelter home for Indian women. “We provide support and services in Bangla, Gujarati, Hindi, Malayalam, Marathi, Punjabi, Sinhala, Tamil, Telugu and Urdu. Our advocates provide culturally sensitive, non-judgemental and sympathetic support to women and children in abusive situations” she elaborates.

Sonia’s story is a little different. A helpline volunteer picked up a message left by her aunt seeking help for her niece and her infant son who had to be rescued from an abusive environment. As soon as Sonia and her child were safe in the Aunt’s home, women rights advocates spoke to her to find her story. She had been brought to the US from India on a fiancée visa before she had turned 18 and got married to a man who lived in an extended family with his parents, sisters and their families.

From the beginning, she was kept indoors and deprived of any financial access. Her husband, mother-in-law and sisters-in-law would continuously humiliate her and she was subjected to severe verbal and emotional abuse. Soon, husband and the sisters too would physically take turns assaulting her. Soon after Sonia gave birth to a baby, things became more aggravated as her husband complained about the financial liabilities of an extra individual. Sonia attempted to commit suicide and was in a terrible state when aunt found her alone with the child.

By this time, she was absolutely certain that she wanted to get away from the spouse and his family. The shelter home advocates were able to get a TRO against her husband and file a police report regarding domestic violence. She was introduced to a local pro bono attorney service and they gladly took Sonia’s case.

They have filed for her Green Card as the spouse had allowed it to lapse. The shelter home advocates worked with her immigration attorney to write up her declaration categorising her abuse history and filed a VAWA report to grant her immigration based on the violence she had undergone in her relationship.

Sonia’s divorce case is still going on and her attorneys are working to resolve her issues and get for her the complete custody of the child based on the spouse’s incompetence to provide for her and the ill-treatment meted out. Meanwhile, the shelter home advocates have helped her secure welfare benefits so that she now gets child-support money as well as food aid. She has also set up a small online business for selling cosmetic products. Sonia hopes to go to school/college and become independent once her divorce and immigration come through. VAWA provides the battered women and their children a chance to escape the abusive relationship and to obtain lawful immigration status (U visa) through a confidential petition without the help or knowledge of the abusive spouse.

Can these unpleasant instances be avoided? Yes, say experts on women safety and gender-based violence. From the time the NRI rishta (proposal) comes for the girl, a proactive approach and background check of the prospective groom is helpful.

Before going ahead with band, baaja, baraat, do ensure a thorough background check of the prospective groom and his family, and that doesn’t mean speaking to the references provided by them. Their references are obviously friends or family who will be obligated to speak in their favour.

“It may be a cultural challenge questioning someone who is about to become a part of your family but then it is all the more imperative that you ask these questions. Though advisable, in most cases it may not be possible for the bride’s family to go personally and take a background check they must ask for his SSN (Social Security Number) – everyone who lives in US, including non-citizens and students, has one. You must ask for a copy of residence proof such as Green Card or work permit called the H1 B visa, their bank account statement for last 6-12 months and tax returns of last 2-5 years,” says Usha Ramchandran.

Aparna also stresses the need to take a look at the prospective groom’s account statement of last 6-12 months. “Sometimes people borrow money from their acquaintances and show a healthy bank balance. However, a look at the bank statement over the period of a year will ensure his financial stability.”

With these documents and details you could make an informed decision and you’ll know exactly where your daughter is going to live. Find someone who could verify the information provided by the prospective groom. Some people even go to the length of hiring a licensed private detective to verify the information. This may seem an extreme step but not so much when weighed against the consequences of throwing your daughter at a stranger’s mercy.

Impact of West on the Indian Culture

Why do women wear bangles?