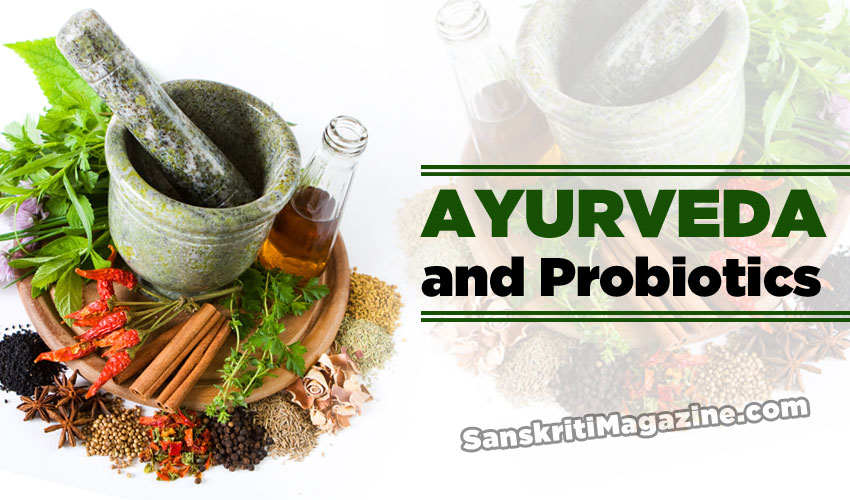 In the present era one of the most important words attached with the products sold in the markets is Probiotics. Probiotics are those bacteria which are good for our body and health. There are several kinds of bacteria found in our intestines playing an important role in maintaining the health of body and intestines. These bacteria prevent the growth of harmful type of bacteria and several types of chemicals which are essential for body to maintain healthy state. In Ayurveda Takra is considered as the source of Probiotic. The present paper highlights each of these points as per Ayurvedic with suitable correlation and concludes as per Ayurvedic concepts.

Knowledge certainly plays a major role in our health according to the Science of Life, Ayurveda. It is the ancient wisdom of India that embraces health knowledge from more than 3000 years. According to Ayurvedic understanding Takra (yoghurt) is a great probiotic. It is not a food, but an adjunct to food. The continuous use of antibiotics, oxidative stress disturb the balance of useful bacteria in the intestines increasing the growth of harmful bacteria and yeasts in the intestines, thus giving rise to the IBS, colitis like intestinal diseases. Hence the consumption of Yoghurt in diet is a simple and effective remedy as per Ayurvedic guidelines. A research paper published in Journal of the Australian Traditional Medicine Society March 2002 says – “Your expensive Probiotic powders and capsules are less effective than a dash of several brands of yoghurt”, a study by Australian Naturopath J. Hawrelak. (1) All these information say the importance of Yoghurt for colonic health. The present paper throws a light on these concepts along with modern correlation and an attempt has been made to conclude that the function of Takra is similar to the probiotics over the intestinal flora.

In Ayurvedic medicine, the presence of ama, which is a toxic byproduct of digestion, is responsible for most of the disease conditions. Ama impairs nutrient absorption and tends to accumulate in tissues that are anatomically and physiologically weak causing congestion, inflammation, and degenerative changes. Intestinal permeability is thought to be caused by a substance or combination of substances, such as allergens or toxins, which initiate inflammation in the digestive tract. This inflammation allows for large molecules to pass across the intestinal barrier, including molecules from proteins, fats, parasites, bacteria, fungi. Intestinal permeability or Leaky gut syndrome are terms used to describe an inability of the stomach lining to absorb protein molecules. Instead of being absorbed and digested, these protein molecules circulate throughout the blood stream. Here, they stimulate the immune system, and, in turn, immune system cells react to their presence as they would to any foreign protein by initiating an inflammatory reaction that leads to autoantibody production and autoimmune disease development. Evidence for this theory includes the presence of Gastrointestinal tissue damage seen in patients with a number of different autoimmune diseases including Ankylosing spondylitis, Irritable bowel syndrome, Rheumatoid arthritis, Crohn’s disease, Multiple sclerosis, Vasculitis, Thryroiditis and Dermatitis herpetiformis. In many of these conditions, a reduction of digestive inflammation correlates with a reduction or remission of autoimmune symptoms. (2)

Common causes of leaky gut syndrome include antibiotics, alcohol, caffeine, parasites, bacteria, some food preservatives and additives, allergic states such as gluten sensitivity and lactose intolerance, corticosteroids, non-steroidal anti-inflammatory drugs, refined carbohydrates, oral contraceptives. Chronic inflammation from these sources damages the protective coat of immunoglobulin (antibody) A, which interferes with the body’s normal ability to inhibit these substances. The resulting toxins then interfere with the liver’s ability to detoxify these substances. One result is increased sensitivity to environmental agents such as cigarette smoke, chemical cleaning agents and strong perfumes. Other symptoms include nutrient deficiencies, acne, headaches, poor concentration, fatigue, and irritability, with aging and exposure to stress, a gradual loss of stomach acid occurs, which can aggravate the problem and contribute to vitamin B12 deficiency and deficiencies of minerals such as chromium, copper, iron, magnesium, manganese, selenium, and zinc. Treatment of these conditions is only possible with Oral supplementation of intestinal friendly bacteria and digestive enzymes those help to restore the intestinal permeability. Substances known as probiotics supply these friendly bacteria. Probiotics include tablets containing Lacto bacillus acidophilus, Propionibacterium freudenreichii, shermanii, and Bifidobacterium bifidum. Clinical research shows that oral supplementation of probiotics enhances the immune system’s ability to fight foreign organisms (phagocytic property). (1)

Eliminating or reducing substances that promote intestinal permeability also promotes intestinal healing. This includes avoiding antibiotics, nonsteroidal antiinflammatory drugs, pesticides, herbicides, and meat contaminated with hormones. Substances that promote healing include high fiber foods rich in antioxidants such as cabbage, cauliflower, beets and onions; omega-3 fatty acids found in salmon and flaxseed, multi-mineral supplements and digestive enzymes such as bromelain and pancreatin.3 The rationality behind explaining this concept is to make clear about the drug combinations, dietary regimens explained in Ayurveda for intestinal diseases. When we go through the classical literatures like Charaka Samhita, Sushruta Samhita, Bhavaprakasha, Chakradatta etc, in the treatment of Grahani, Arsha we get the judicial use of Takra in the form of medication. (4) This helps us to understand the treatment principles retrospectively in relation to the disease pathogenesis.

In Ayurveda we get good number of references to explain the importance of Takra – “He who uses Takra daily does not suffer from diseases, and diseases cured by Takra do not recur; just as amrita (divine nectar) is for the gods, Takra is to humans” (5)  Takra cleanses the channels of circulation (srotas), as a result of which rasa, the end product of digestion of food, reaches the tissues properly. It creates proper nourishment, strength, and complexion. (6)

The microchannels carrying nutrients to all cells in the body, when they get clogged or blocked due to any reason, the particular organ or system suffers in efficiency due to lack of nutrition. It is essential to remove such blockages. The herbs or their combinations which tackle these problems are termed “Rasayana” in Ayurveda. The forces which cause the blockage or resistance must be removed. The channels which cause transport are termed “strotas”. Acharya Charaka opines that buttermilk removes such blockages and purifies the “strotas”. This causes better movement (`ayana’) of `anna-rasa’, the nutrients. When adequate nutrition is obtained by cells (“koshas”), they start working with full force. Due to saturation or ageing of strotas during old-age, the control systems of the body do not get adequate nutrients, which cause aging symptoms such as reduction of memory (dementia), reduced vision, wrinkles on the skin, graying of hair, etc. But those who take buttermilk regularly, do not age faster, keep their arteries flexible for a longer time. Thus buttermilk is an elixir (param-amrutam) (5) which keeps „Jara‟ (oldage) and “Vyadhi‟ (disease) away. Little ornamental language has been used to describe the properties of Yoghurt only to give the emphasis upon the advantages of taking it so that people may reap its maximum benefits. Yoghurt is a natural probiotic diet because the friendly bacteria for the intestines and the body are found in abundance in it.

A good quality Yoghurt is made up of several types of bacteria which increase the numbers of friendly bacteria in the intestines benefitting the state of homeostasis. The normally present bacteria in meals get destroyed in the acidic environment of stomach and the salty aquatic environment of small intestine whereas the bacteria of Yoghurt cross over from these environments and reach to large intestine where these Probiotics digest the Prebiotics (food fibers) forming short chain fatty acid from which an acidic environment is created in the large intestine which apart immune system of body making the body stronger and help to increase the formation of „IgA‟ named antibodies. A bacterium of Yoghurt cooperates well in absorbing the minerals as well, particularly the calcium and the iron.

Butter milk detoxifies body and cleanses the intestines, relieves constipation and helps to replenish intestinal flora. It has less fat compared to milk and is rich in calcium, potassium and Vit B12. Hence in Ayurveda prime importance is given to buttermilk. It is suggested as a medicine either singly or in combinations especially in the diseases of the colon where homeostasis of digestion and absorption is inevitable. This is the reason in Ayurveda why we find vivid explanation of Takra in the management of diseases related to the GI tract.