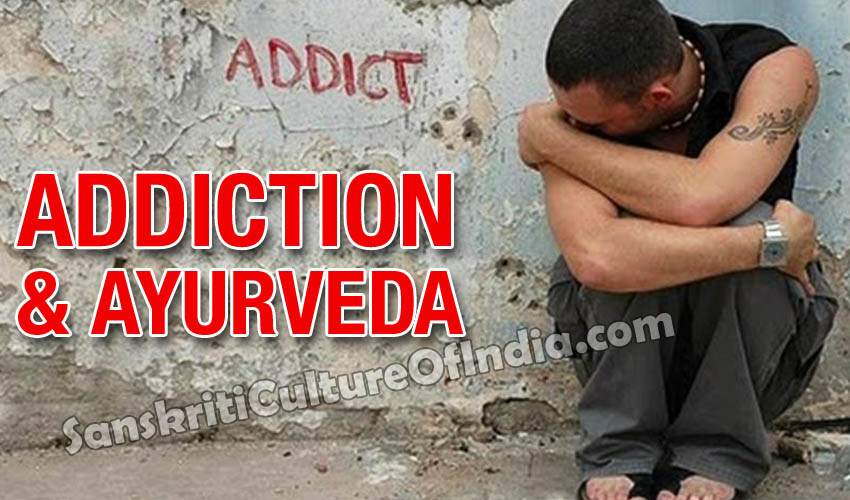 Addiction is a pathological or abnormal condition which arises due to frequent use of drugs, alcohol or other such addictive substances. The stages involved in addiction include progression of acute drug use, development of drug-seeking behavior, the vulnerability to relapse, and the decreased, slowed ability to respond to naturally-rewarding stimuli, and above all, decreased motivation for normal life activities.

Drug addiction can be easily regarded as a community disease, because it leads to failure in schools, crime, violence, child abuse, domestic violence, and loss of productivity. And this is why it is so important to root out this problem from our society.

How do people get addicted?

Many people use drugs or other addictive substances in order to escape physical and emotional discomfort. Some start drinking to numb feelings of depression, some smoke pot to deal with stress at home, school or work, and a few others rely on cocaine to boost their energy and confidence. And surprisingly, many get into it just for fun and adventure!

But while these substances might make you feel better in the short-term, they do not treat the underlying problem. Instead, they simply mask the symptoms. Be it low self-esteem, anxiety, loneliness, or an unhappy family life, these problems will be there even after you take the drug away. Furthermore, prolonged drug use eventually brings its own host of problems, including major disruptions to normal, daily functioning.

Unfortunately, the physical, psychological, and social consequences of drug abuse and addiction become worse than the original problem you were trying to cope with or avoid.

Ayurveda considers addiction under the topic of Madatya, which means “intoxication”. Madatya is the state or symptoms that arise due to continuous use or a high dose of substances that are intoxicating.

According to Ayurveda, Madya (alcohol/drug) is the complete opposite of ojas (source of energy), which is a prerequisite for good health and wellness. Madya finishes ojas in the body, and when a person reaches that stage, he experiences the symptoms of Madatya.

According to modern medicine, there are four stages involved in the process of addiction – acute intoxication, withdrawal symptoms, drug dependence, and finally drug abuse. The state of Madatya is comparable to the third and fourth of these stages.

The intake of drugs leads to the aggravation of one of more doshas or Ayurvedic humors – Vata (Air),Pitta (Fire), and Kapha (Water). Depending on the dosha aggravation, the following symptoms are generally observed:

In addition to these specific symptoms, the common symptoms of Madatya mentioned in Ayurveda are restlessness, piercing pain in the heart, sweating, diarrhea, thirst, fever with chills, loss of appetite, abdominal discomfort, dizziness and disturbed sleep.

These symptoms are experienced with a variety of drugs like heroin, opium, cannabis, cocaine, alcohol, barbiturates, and nicotine. This indicates a close resemblance between Madatya, as mentioned in ancient Ayurvedic texts, and the effects of modern narcotics. Therefore, Ayurvedic line of treatment forMadatya can be an effective in treating a variety of drug addictions.

In cases of Madatya, the main aim of Ayurvedic treatment is to balance the aggravated dosha. The first step is to determine the dosha that has been aggravated and prescribe alleviating treatment. Herbal remedies are used to treat withdrawal symptoms, remove accumulated toxins (ama) and encourage the regeneration of tissues and cells.

Drug addicts often become confused, as their intelligence level deteriorates because of continued use of the drug or addictive substance. Consequently, they end up losing their sense of discrimination. In order to promote intelligence, Ayurveda recommends the use of herbs such as Brahmi (Bacopa monnieri),Yashtimadhu (Glycyrrhiza glabra), Guduchi (Tinospora cordifolia), and Shankhpushpi (Convolvulus pluricaulis). These herbs also improve memory, concentration and comprehension.

According to Ayurveda, activities like walking or sitting in natural surroundings, flowers, associating with good friends, wearing neat and clean clothes, listening to soft music, and other forms of relaxation and entertainment can uplift the mind and soul and make you happy. All these activities pacify the excited and disturbed body and mind that have been influenced by the drug abuse.

Some commonly available herbal treatments for drug addiction (Madatya) are:

The treatment of addictions is not a mere one- or two-month process. It involves several different treatments over several weeks or even months. In the initial stages, Panchakarma (mind-body healing therapies) treatment is given to cleanse the body of accumulated toxins. Then, herbal remedies are prescribed to treat the addiction and its physical or psychological effects. Customized diet plan is given to encourage the formation of vital energy (ojas) in his body. Other than all this, psychological counseling and activities such as meditation and yoga should be practiced to assist the mind to become balanced and clear.

I truly believe an addiction can be controlled and eradicated with support of dear ones, and discipline on part of the addict.
~ Dr. P. Chauhan